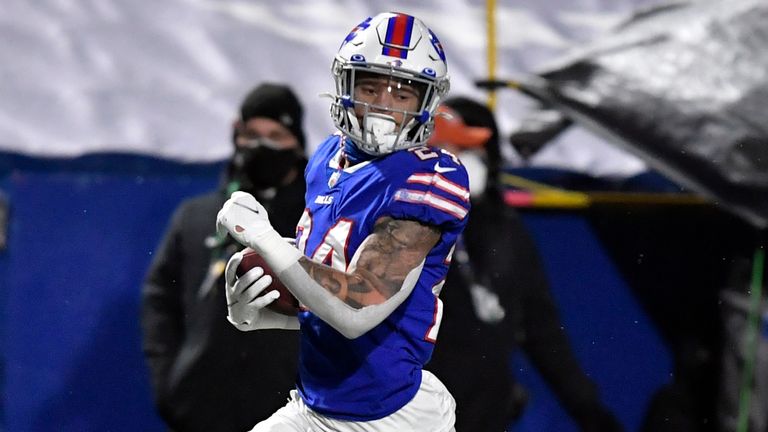 Taron Johnson picked off Lamar Jackson and returned it for a 101-yard touchdown in as the Buffalo Bills cashed in on a third quarter collapse from the Baltimore Ravens to book a place in their first AFC Championship game since the 1993-94 season with a 17-3 victory.

A game that had been billed as a clash between two of the brightest and dynamic quarterbacks in the game developed as a battle of two impressive defenses, with the Bills limiting the Ravens to a solitary field goal – but the outcome hinged on two pivotal drives at the start of the second half.

An 11-play 66-yard drive saw Josh Allen find Stefon Diggs for the opening touchdown of the game to start the second half and open up a 10-3 lead before Johnson was on hand to halt the Ravens attempts to hit straight back. 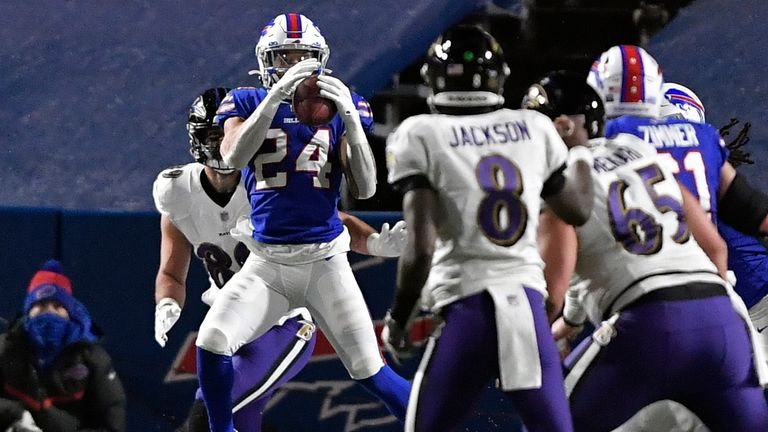 Lamar Jackson had driven the Ravens downfield in a near nine-minute drive, but his pass into the endzone was picked off by Johnson who ran the length of the field to match the longest ‘Pick Six’ in playoff history and an advantage that the Ravens could not wipe out.

It means Buffalo, who famously lost four successive Super Bowls in the 1990s and have never won the sport’s biggest prize, will now either travel to face the Kansas City Chiefs or host the Cleveland Browns in the AFC Championship game next weekend. 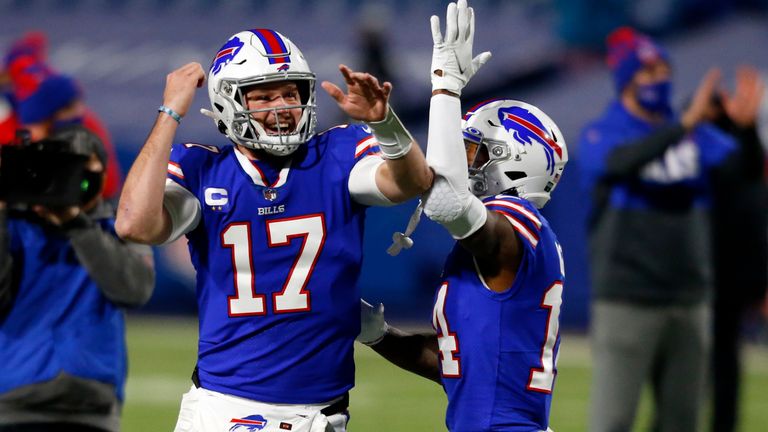 Johnson’s interception return matched the longest in NFL history and punctuated a stellar defensive outing in which Buffalo limited the NFL’s top running offense to 150 yards on 32 carries.

Jackson was sacked four times and did not return after being evaluated for a concussion following the final play of the third quarter, and two plays after Johnson scored.

Facing second-and-10 at Baltimores 25, center Patrick Mekari snapped the ball over Jacksons head, the quarterback turned and chased the bouncing ball down inside the five-yard line, turned and quickly threw it away as Tremaine Edmunds had him by the legs and Trent Murphy fell down on top of him.

Jackson’s injury left Tyler Huntley to finish the game after being promoted off the practice squad.

Buffalo’s defense took the pressure off of a Josh Allen-led offense that was limited to 223 yards, and made up for rookie kicker Tyler Bass missing two of three field goal attempts – a 43-yarder that was wide right in the second quarter and a 44-yarder that sailed wide left with 5:30 remaining.

The first half saw Bass kick a 28-yard field goal with 2:57 remaining in the first quarter and Baltimore’s Justin Tucker booted a 34-yarder with four seconds left in the half. 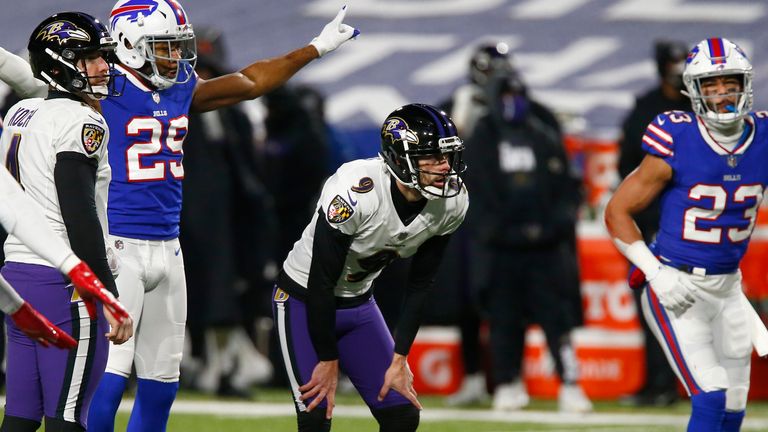 The Bills advanced to the AFC Championship game for the first time since 1994 on their way to making and losing their four consecutive Super Bowl appearance.

Buffalo also extended a season in which it has broken numerous droughts by claiming a first AFC East division title in 25 years and, with last week’s victory over Indianapolis, it’s first postseason victory since the same year.

The Bills have now won eight successive games, matching its best streak since 1990. The 13 regular-season victories matched a franchise record set in both 1990 and 91 in a season they set numerous single-season records on offense, including scoring 501 points.

The fifth-seeded Ravens had their season come to an end after leading the NFL in yards rushing for a second consecutive year.

Sky Sports NFL is your dedicated channel for NFL coverage through the season – featuring a host of NFL Network programming. Don’t forget to follow us on skysports.com/nfl, our Twitter account @SkySportsNFL & Sky Sports – on the go!