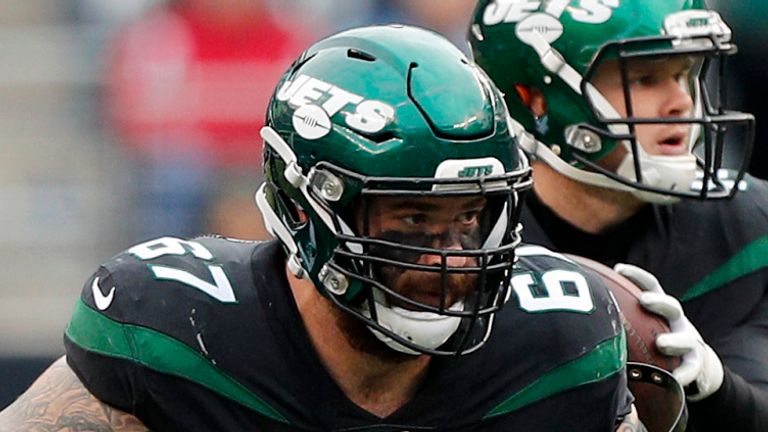 Winters, who started 79 of those games, was the Jets’ longest-tenured player.

He was drafted in the third round out of Kent State in 2013 but the 29-year-old played in just nine games last season after a shoulder injury landed him on injured reserve.

He maintained his hold on a starting job for the rest of his time with the Jets but also dealt with his share of injuries, including a torn ACL in 2014.

Winters had an abdominal injury in 2018 that he played through for most of the year. He became the full-time starter at right guard in 2016 and the Jets rewarded him with a four-year contract extension after the season.

The Jets will save $7.28m, Winters entire salary due this season, on the salary cap.