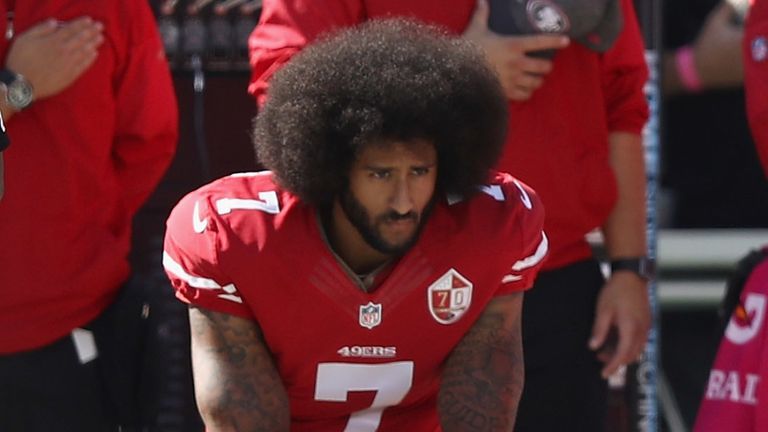 Tillman was a standout safety for the Arizona Cardinals who left in the NFL after the 2001 season to join the Army. He was later killed at age 27 by friendly fire in Afghanistan in 2004.

Kaepernick has not played in the NFL since the 2016 campaign, a season in which he began kneeling during the national anthem to protest police brutality.

“I can only think of, off the top of my head, Pat Tillman who did something similar, and we regard him as a hero,” Favre told TMZ Sports. “So I’d assume that hero status will be stamped with Kaepernick well.” Kaepernick played six seasons with the San Francisco 49ers and was their quarterback when they lost 34-31 to the Baltimore Ravens in Super Bowl XLVII following the 2012 season.

The 32-year-old is still hoping to receive another shot to play in the NFL. However, his stands against racial injustice and lack of willingness to stop kneeling have played a part in why he has remained unsigned.

Favre said he hopes Kaepernick will receive another opportunity to play in the NFL.

Aroldis Chapman among three suspended for pitch that started Yankees vs. Rays skirmish