The agent of Minnesota Vikings running back Dalvin Cook has denied suggestions he will report to training camp on time, contradicting the team’s head coach Mike Zimmer.

Zimmer, who has just signed a three-year extension as Vikings coach, explained during a virtual press conference on Saturday that Cook told him personally that he would be ready for camp.

But those assurances, that the 24-year-old would report with other veteran players on Tuesday, have been called into question by Cook’s agent Zac Hiller.

“However, Dalvin has not spoken to him in regards to reporting to camp. We are unsure why this was said. I hope Dalvin can continue to play a major role in the Vikings’ future success.” Reports last month said Cook, who turns 25 in August, would consider holding out if not given a contract extension.

Cook is reportedly seeking a new contract of around $13m, after initially asking for nearly $16m. The team reportedly made an initial offer of less than $10m per year.

Only one other (Melvin Gordon) averages more than $6.125m on a non-rookie, multi-year deal. 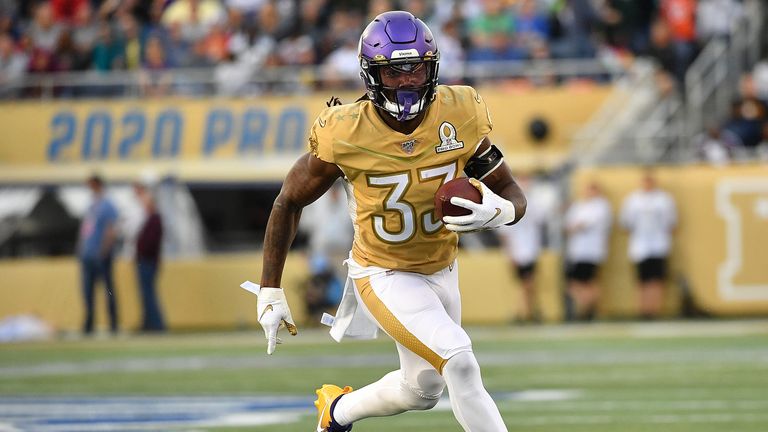 He also had 53 receptions out of the backfield while earning Pro Bowl honours, missing the final two games of the regular season with a shoulder injury.

MLB roundtable: Is the ball still juiced and other key home run questions for 2020