Major League Baseball is bracing for a multi-billion dollar hit to its industry this year.

Yet if there's one group that can withstand a financial wallop wrought by the novel coronavirus, it is the game's 30 ownership groups.

Forbes released its annual list of franchise values Thursday and projected that 28 of 30 clubs saw appreciation in 2019, with the New York Yankees once again leading the pack in total value ($5 billion) and appreciation (9%).

Only the Pittsburgh Pirates and Miami Marlins experienced drops, of 1% and 2% respectively, with the Marlins, at $980 million, the only franchise outside the billionaire club. The Kansas City Royals, the only club to change hands last year, with John Sherman buying them for $1 billion, are valued at $1.025 billion. 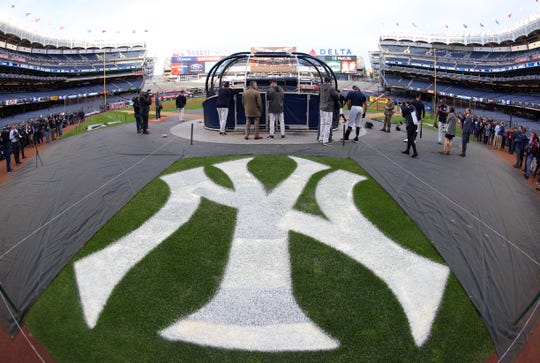 The overall values aren't surprising in an industry distributing an estimated $10.5 billion in revenues, and its proprietary television and online inventory maintaining high value despite the existenstial threat to the TV industry. Still, there's a few takeaways we can glean from the values, which are unconfirmed and often rebutted by MLB:

MLB's class structure may also determine who emerges from a 2020 campaign wreaked – or wrecked – by the COVID-19 pandemic. Smaller-market teams are generally more reliant on ticket sales and gameday revenue, which will be slowest to return once the game does as concerns about large gatherings – or even the ability to gather in public – loom into 2021.