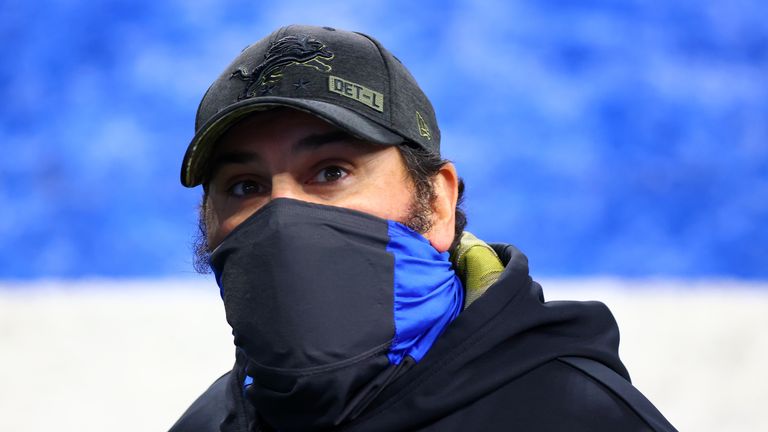 The Detroit Lions have confirmed that head coach Matt Patricia and general manager Bob Quinn have been relieved of their duties.

Offensive coordinator Darrell Bevell will take over as interim head coach from Patricia, whose final game in charge of the NFC North side was the 41-25 defeat at the hands of the Houston Texans on Thanksgiving Day.

It came just days after the Lions were shut out for the first time in 11 years in their Week 11 loss at the Carolina Panthers.

The setbacks dropped Patricia – who spent 13 years working under Bill Bellichick at the New England Patriots before moving to the Lions in 2018 to take on his first head-coaching role – to 13-29-1 in two-plus seasons. Quinn’s mark fell 12 games under .500 over five seasons. Quinn, who was part of the Patriots’ personnel department for 16 years, was given his first shot to run an NFL front office in January 2016. He retained coach Jim Caldwell and Detroit reached the playoffs but then fired him the next season after another 9-7 record was not enough to earn a spot in the postseason.

When Quinn let Caldwell go with a 36-28 record over four seasons and an 0-2 mark in the playoffs, he said the move was made to find a coach to take the team to the next level. 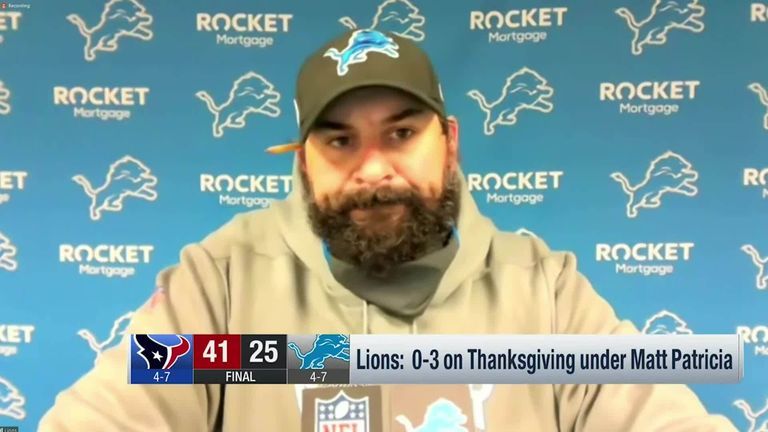 The 46-year-old was questioned over his future following Thursday’s loss to the Texans. “We play pretty short-term and focused on the task at hand,” Patricia said. “I focus one day at a time. That doesn’t change.”

Patricia and Quinn’s sacking is one of the first major moves from Lions owner Sheila Ford Hamp, who took over from her mother Martha Ford this year.

In June, Ford Hamp said of the Lions’ 2020 aspirations: “The overarching thing is that we want to see major improvement and at this point I can’t really say what the specific measures are going to be because I don’t know what the season is going to be like yet.

“But believe me, major improvement is the goal.”