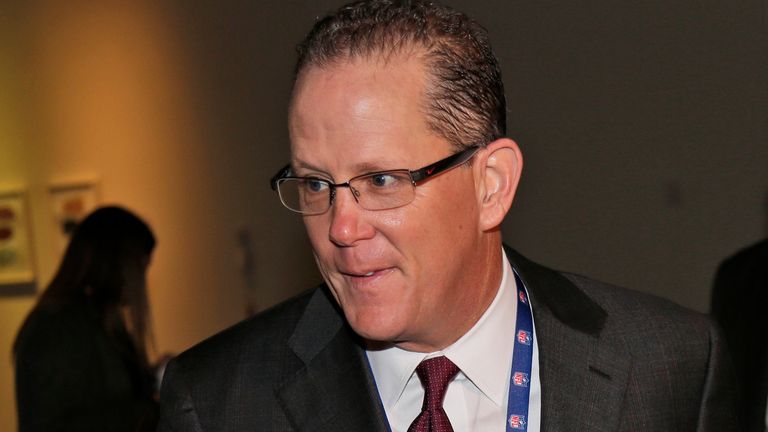 An offseason of change continued Wednesday for the Houston Texans with the resignation of team president Jamey Rootes, effective immediately.

Rootes was the founding president and general manager of the Columbus Crew and was named the MLS executive of the year in 1996 before joining the Texans’ front office more than two decades ago.

“We sincerely appreciate Jamey’s multiple contributions to the Texans franchise over his tenure and look forward to seeing him succeed in his new ventures,” Texans chairman and CEO Cal McNair said in a statement.

“We will now build upon this foundation and move forward with a bold and unwavering commitment to winning championships, creating memorable experiences for our fans, and doing great things for Houston.”

Late owner Bob McNair hired Rootes in 2000 and named him president in 2005. He oversaw business and administration operations for the franchise, which sold out every home game from 2002 to 2019. Rootes, 54, will “pursue his interests” as a writer, public speaker, consultant and professor at the University of Houston, the team said.

“The past two decades have been an amazing blessing for me and my family and I have the McNairs to thank for that,” Rootes said. “It has been an honour to serve them in this capacity for as long as I have. I want to thank my team-mates as we could not have had so many successes without their hard work and dedication to the team.”

Greg Grissom, the senior vice president of corporate development, will oversee business operations on an interim basis, the Houston Chronicle reported. He has been with the organisation for nearly 20 years.

The Texans finished the 2020 season with a 4-12 record. Since the end of the season, they hired general manager Nick Caserio and head coach David Culley, and they also parted ways with director of football administration Kevin Krajcovic and equipment manager Mike Parson.