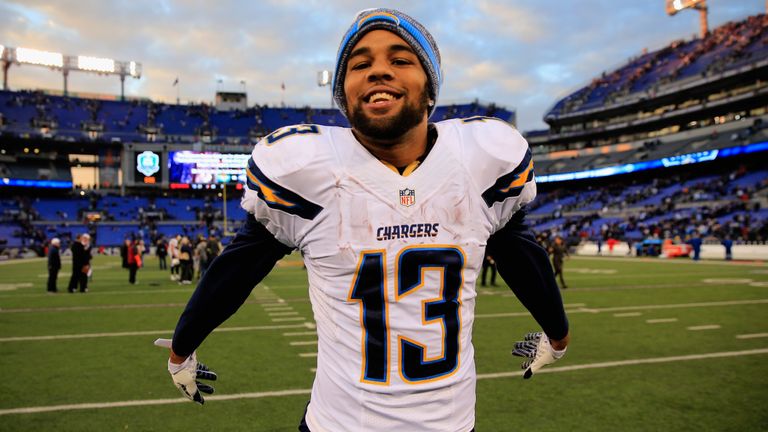 The Los Angeles Chargers have agreed a four-year contract extension worth more than $80m with three-time Pro Bowl wide receiver Keenan Allen, according to NFL Network.

The deal would make Allen the second highest-paid wide receiver in the NFL, behind only Julio Jones of the Atlanta Falcons, who earns $22m per season.

Allen, who the Chargers selected in the third round of the 2013 draft, has caught 524 passes for 6,405 yards and 54 touchdowns during his seven seasons in the NFL.

Last season, Allen had the joint-third most catches in the NFL with 104, trailing only Michael Thomas of the New Orleans Saints and Carolina Panthers running back Christian McCaffrey.

He tweeted: “Want to thank the organization… Tom Telesco especially for giving me a opportunity! Super juiced about this. CHARGER FANS WE LOCKED IN FOR ANOTHER ROUND, FOREVER A CHARGER!”

Mack: Bears aiming to use 'a lot of disrespect' to their advantage against Saints