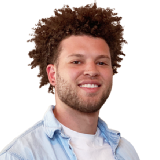 Louisiana head coach Billy Napier raised a lot of eyebrows Friday night when he decided to take a safety from his team’s own 35-yard-line with a five-point lead late in the fourth quarter against Appalachian State.

When asked about the decision after the Ragin’ Cajuns held on for a 24-21 win, Napier defended it, saying, “What would you do? You want to run the snapper and the punter back out there and see if you can do that?”

“I mean we could do that if you want,” Napier said. “But we felt like the best opportunity to win was to take a safety there and make sure we didn’t give up a bad play.”

Facing a fourth-and-2 with 1:51 left, Napier sent quarterback Levi Lewis scrambling to the back of the Ragin’ Cajuns’ end zone, burning the clock until a Mountaineers defender chased him out of bounds with 1:46 left.

On the ensuing free kick from the Louisiana 20-yard line, Appalachian State’s Malik Williams returned the ball to the Mountaineers’ 45. Nine plays later, Appalachian State attempted a 30-yard field goal with five seconds left, but the Ragin’ Cajuns tipped it, forcing the miss to seal the win.

Napier said Louisiana considered going for it on fourth down but decided against it.

“And then we had already made the decision that if we got to fourth and we weren’t going to go for it we would take the safety.”

Napier also said that punting was out of the question for Louisiana at that point.

“We had had issues not only snapping the ball, but the punts weren’t great,” he said. “With the returner they do have, we’re looking at about the same field position. If you go back, and let’s just say we net 35 yards on the punt, then where do they get the ball? About the 40-yard line, 45-yard line, right? So we took the safety, and then we kicked the ball off and we burned more time, and they got the ball at about the same place.

“I think the risk-reward was one that we made the right decision.”

Baltimore Ravens looking to bounce back after COVID-19 outbreak