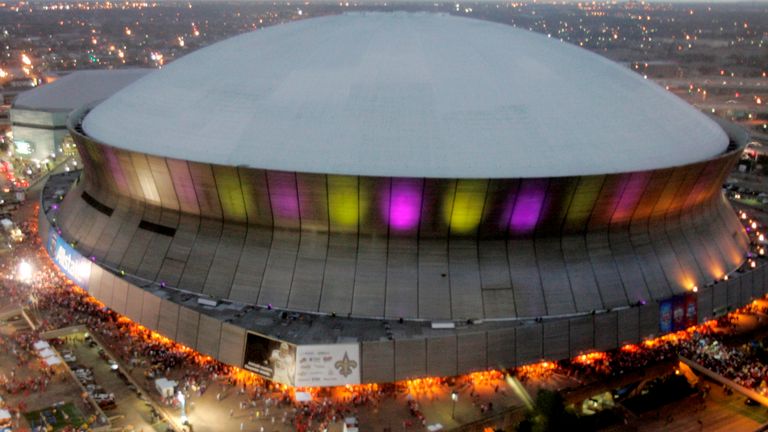 The New Orleans Saints will host their NFL season-opener against the Green Bay Packers in Jacksonville, Florida after the game was moved from the Caesars Superdome due to Hurricane Ida.

In a statement on Wednesday, the NFL said: “The decision was made, in consultation with state and local officials and both clubs, in the interest of public safety.

“Details on tickets and other specifics, including how fans can continue to help in the recovery effort, will be announced in the days ahead.”

The Saints were forced to find a new venue as New Orleans continues to wade through the complications in the region following Hurricane Ida.

Kick-off will be at 4:25pm ET (9:25pm BST) on September 12 at TIAA Bank Field, home to the Jacksonville Jaguars. The Jags open their season on the road in Houston.

The Saints evacuated to and have been practising in Dallas because of the hurricane, however, a concert at AT&T Stadium prevented them from playing the game at the Cowboys’ home stadium.

Head coach Sean Payton on Tuesday said the Saints are preparing as if they will not be able to return to Louisiana for the first four weeks of the regular season.

The Saints are expected to practice in September at Southern Methodist University in Dallas or Texas Christian University in Fort Worth, where Payton’s son is a student.

Though the Superdome avoided structural damage, the city of New Orleans remains largely without power and water consumption has become an issue in the aftermath of the massive storm.

The hurricane made landfall Sunday as a Category 4 storm with winds of 150mph.