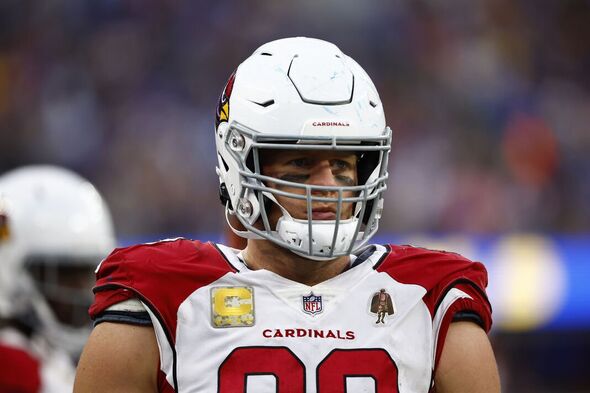 NFL superstar JJ Watt has announced that he will retire after this season as he’ll walk away from the game following 12 years in the league. One of the greatest defensive players of all-time, Watt won three defensive player of the year awards as he dominated through his first few years of his career, whilst also making the first-team All-Pro five different years, whilst being second-team twice.

Watt has amassed 111.5 sacks in his career – a number that would be much, much higher had he not missed significant time through cruel injuries. Watt has missed 45 regular season games after suffering a few season-ending injuries, which started hampering his career from 2016 onwards. Through his first five years, Watt did not miss a game through injury and had an incredibly 66 sacks in his first 80 games in the league.

He still would go on to have an incredible career from that point onwards despite the injuries, coming close to winning a fourth defensive player of the year award in 2018 had it not been for Aaron Donald announcing himself to the world with another big season.

In 2021, Watt decided to leave the Texans, who he spent his first 10 years of his career with and signed a two-year, $28 million deal withthe Arizona Cardinals. His first year would again be hampered by injury, but the 33-year-old has been back playing at an elite level this season with 10 sacks on the year with two games to go.

He posted an image on Twitter with the caption: “Koa’s first ever NFL game. My heart is filled with nothing but love and gratitude. It’s been an absolute honour and a pleasure.”

He will retire as just the third player to win the NFL Defensive Player of the Year on three occasions – along with Lawrence Taylor and Aaron Donald.

As well as his incredible achievements on-the-field, Watt is also a beloved figure for his work off of it, raising millions for charity which saw him awarded the 2017 Walter Payton Man of the Year.

In 2017, Watt helped raise over $37 million to help families who were affected by Hurricane Harvey in Houston, wanting to give back to the city where he played in his career.

During the coronavirus pandemic, Watt donated £350,000 to the Houston Food Bank to aid in relief efforts, helping supply over a million meals.

Seahawks’ Pete Carroll on team signing Adrian Peterson: ‘We finally got him’

Mack: Bears aiming to use 'a lot of disrespect' to their advantage against Saints