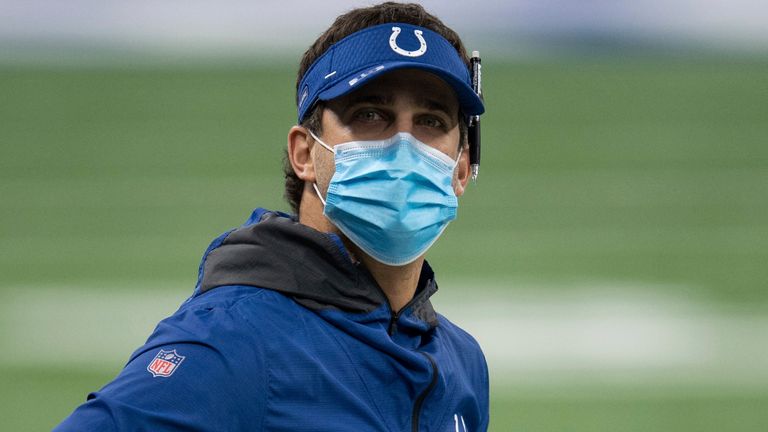 The Philadelphia Eagles have officially named Nick Sirianni as their new head coach.

The 39-year-old, who has served as the offensive coordinator for the Indianapolis Colts for the last three seasons, was also the San Diego/Los Angeles Chargers’ assistant between 2013 and 2017 and was Kansas City Chiefs’ assistant from 2009 to 2012.

Sirianni is set to be joined by former Colts defensive backs coach Jonathan Gannon and Indianapolis assistant Kevin Patullo, according to NFL Network.

Gannon, who reportedly also interviewed with the Los Angeles Chargers and Chicago Bears, will serve as the defensive coordinator for the Eagles while Patullo will be their offensive pass game coordinator.

While the Eagles’ coaching staff sorts itself out, multiple media outlets reported long time assistant Duce Staley asked to be released from his contract.

Staley, the team’s running backs coach, had interviewed for the Eagles’ head coach position and reportedly is interested in positions available with other teams.

Staley, who has been on the Eagles’ coaching staff for over a decade, is expected to meet with owner Jeffrey Lurie.

Indianapolis went 11-5 during the 2020 regular season and lost 27-24 to the Buffalo Bills in the wild-card round, with Sirianni’s offense ranking ninth in the NFL in scoring and 10th in total offense (11th in passing, 11th in rushing).

Since the win over the New England Patriots in Super Bowl LII, however, the Eagles are 22-25-1.

Philadelphia’s offense ranked 24th in the NFL in yards per game (334.6), 26th in scoring (20.9 points) and 28th in passing yards (207.9). Pederson removed Carson Wentz as the starting quarterback after 12 games and replaced him with rookie Jalen Hurts.

The Eagles are looking for a coach who can help Wentz bounce back from a disappointing season.

Sirianni was the Chargers’ quarterbacks coach from 2014 to 2015 and the Chiefs’ assistant QBs coach in 2010.