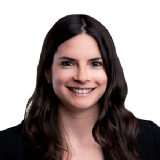 With one or two eyes, is the question.

On Saturday, Padres’ star Fernando Tatis Jr. made his feelings known about said method when he homered off Bauer and appeared to cover one of his eyes while he rounded the bases.

The Padres are going for a series sweep after dropping two of three games to the Dodgers last week. The National League West rivals are expected to be among the best teams in the NL this year.

And the rivalry continues to grow.