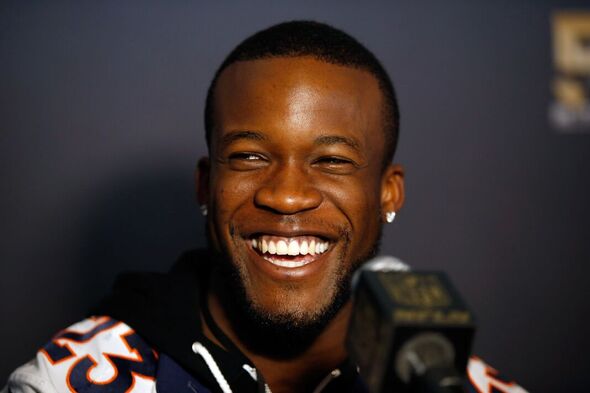 Super Bowl winning running back Ronnie Hillman has tragically passed away aged 31 after being diagnosed with a rare form of cancer. Just four months ago, Hillman was told that he had renal medullary carcinoma – a form of kidney cancer that predominantly afflicts young people of African descent who have sickle cell disease. Hillman was sent sent to a hospice on Wednesday, where he was said to be comfortable and not in pain before tragically passing later that day.

A statement from his family read: “It is with heavy hearts that we announce the passing of our beloved son, brother [and] father, Ronnie K Hillman Jr. Ronnie quietly and peacefully transitioned today in the company of his family and close friends.

“We as the family, appreciate the prayers and kind words that have already been expressed. We ask that you would give us time to process our feelings as we prepare to lay our precious RJ to rest.”

Hillman spent four seasons with the Denver Broncos as a reliable back-up and third down option, and was a big part of the 2014 roster which defeated the Carolina Panthers in the Super Bowl.

The Broncos released a statement after his tragic passing. It read: “We are deeply saddened by the untimely passing of former Denver Broncos running back Ronnie Hillman.

“A key contributor during the winningest four-year period in franchise history, Ronnie was part of two Super Bowl teams and led the Broncos in rushing during our Super Bowl 50 championship season.

“Soft-spoken with a warm smile and quiet intensity, Ronnie was drafted by the Broncos in 2012 and grew into a dynamic player and well-respected teammate. Ronnie will be fondly remembered by our organization, which extends its heartfelt sympathies and condolences to the Hillman family during this difficult time.”

After winning the Super Bowl with the Broncos, Hillman spent time with the Minnesota Vikings, San Diego Chargers and Dallas Cowboys before retiring, registering 1,976 yards, 12 touchdowns and 534 yards receiving yards.

The Broncos also posted a tribute video to Hillman, who clearly had been a beloved figure during his time with the organisation.