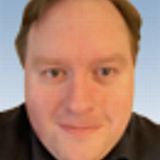 Usually, the ol’ ZiPS projection system gets a much-needed break at this time of the season. After all, there are actual games of baseball to talk about. Except with the 2020 season significantly delayed because of the coronavirus pandemic, all the games, at least of the MLB variety, are purely theoretical ones.

So why not look into future MLB seasons, which will consist of 162 games and a surfeit of toilet paper and hand sanitizer? One of the things I’ve tweaked in the ZiPS model the past few years is getting future MVP probabilities. Obviously, these can only envision the presence of current players; there’s no projection system (or person) alive who really knows if 14-year-old Jimmy who toilet-papered their house last Halloween will be a six-WAR phenom in 2028.

So, who will win the most MVP awards over the 2020s? It’s still a bit of a different question than who the best player will be; while the year-end awards are far closer to what advanced metrics say than they were even 10-15 years ago, things like Triple Crown stats do still have some sway among a good chunk of the voters.

Jets select UNC RB Michael Carter in Round 4, continue to add to offense in draft