The Buffalo Sabres, who are winless in their last 12 games, fired coach Ralph Krueger, the team announced Wednesday morning.

The Sabres (6-18-4) have the fewest points in the NHL with 16 and are in eighth place in the East Division, six points behind the New Jersey Devils. They have just two points in their last 12 games and are in the midst of an 0-10-2 skid.

There Sabres have not announced who would serve as the coach in the interim.

Krueger's last game in Buffalo was a 3-2 loss against the Devils Tuesday night. 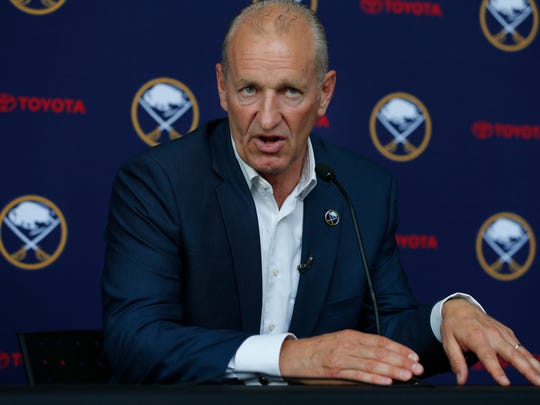 Ralph Krueger was led the Sabres to a 30-31-8 record last season. (Photo: The Associated Press)

Krueger was in his second season in Buffalo and posted a 30-31-8 mark last year in a season that was altered and shortened because of the COVID-19 pandemic. The Sabres did not qualify for the postseason last year.

Krueger is the third NHL coach to be fired during this shortened, 56-game season with all divisional play. He’s the first outside the North Division, which has seen Montreal let go of Claude Julien and Calgary replace Geoff Ward with two-time Stanley Cup-winning coach Darryl Sutter.

Washington Capitals to hire Peter Laviolette as next coach