Today marks the 26th anniversary of the death of arguably the greatest ever star of Formula One, yet the passing of Aryton Senna still causes unspeakable pain to Sir Frank Williams to this day.

Senna was the prized asset of Williams team as he took to the Imola circuit, and would make his final ever laps in the car before tragically losing his life as the world watched on.

Now, on the anniversary of Senna’s death, Sir Frank’s daughter and deputy principle of Team Williams, Claire, has revealed her father still suffers terribly from the fateful event which happened on the outskirts of Bologna in 1994. 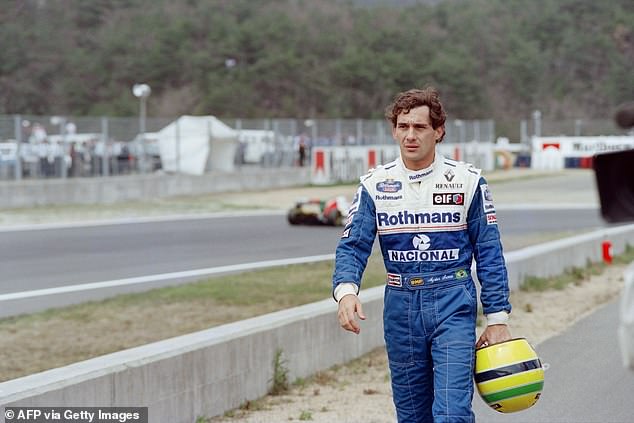 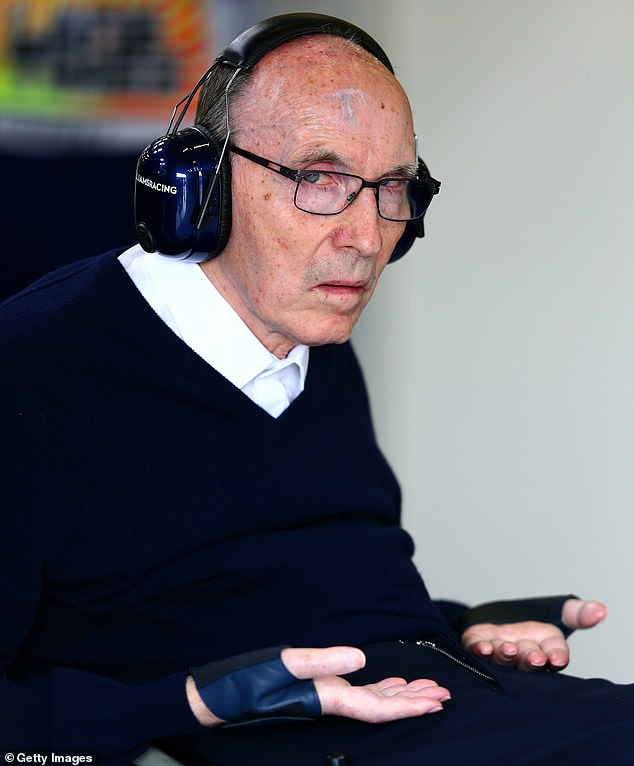 Frank Williams was watching on as Senna lost control of his car before slamming into track-side barriers at 190mph.

Such was the pain, Claire has revealed her father now finds himself only able to speak of Senna’s legacy and his character, but cannot bring about the words to recount the day of the crash

‘Frank had a love affair with Ayrton. He got into his heart, got into his mind, and he always wanted to put him in his race car,’ Claire Williams said in an interview with the Sun.

‘Dad’s wish then came true, but it ended in the worst possible way.

‘Frank never spoke to anyone about it. He internalises and keeps it all in. That is how he has been brought up, but you can see the pain in his eyes every time he thinks about the accident. 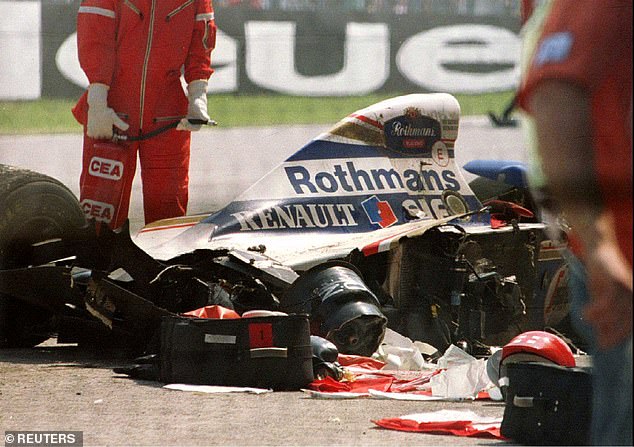 ‘He will talk about what a great man Ayrton was and what a great driver he was, but nothing to do with the accident.’

Sir Frank Williams was cleared of manslaughter charges in 1997, after an investigation was conducted into one of the most high profile sporting deaths of all time.

Claire recalled: ‘Dad went to Ayrton’s funeral in Brazil which, from a safety perspective, we were all worried about because Ayrton was an enormous hero and he died in our car. But Frank wanted to be there.’

Warning signs had been in place prior to Senna’s death, after Austrian driver Roland Ratzenberger lost his life the day prior after crashing his car during qualification for the race. 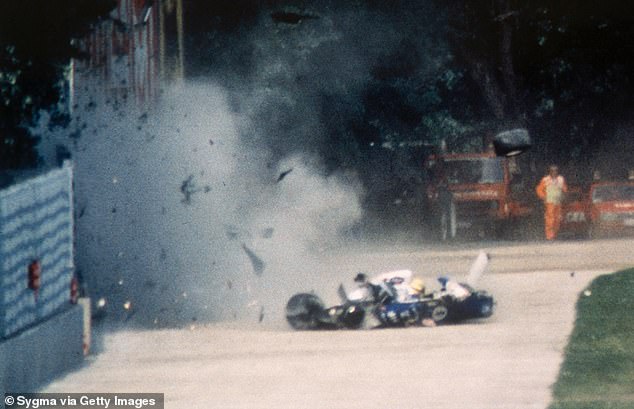 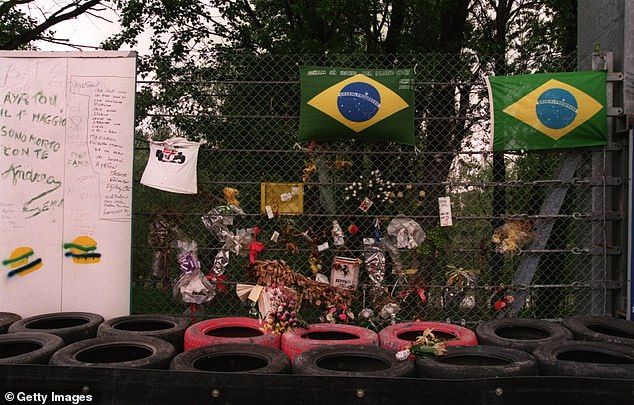 Tributes were left for F1’s greatest son. Now, 26 years later, thousands are expected to pay tribute to Senna in his home town of Sao Paulo

On lap 7 of race day, the second lap at racing speed, Senna was leading the San Marino grand prix when his car left the racing line at Tamburello, ran in a straight line off the track and struck an unprotected concrete barrier. Senna was later taken to hospital where he was pronounced dead.

Today, as 26 years are marked since Senna’s passing, thousands are expected to pay their respect to Senna’s life in his home town of Sao Paulo in Brazil.

Flowers are set to be placed in a memorial for the national hero, as the community looks to do its bit despite social isolation measures in place due to the coronavirus pandemic.

Senna remains one of the greatest idols in the sport, with many of the drivers of the modern era citing the Brazilian as their inspiration.

During the 2017 season British superstar and world champion Lewis Hamilton unveiled a specially designed helmet, which celebrated Senna’s legacy and his achievements.