Masi will “relocate to Australia to be closer to his family and take on new challenges,” the FIA said in a statement. 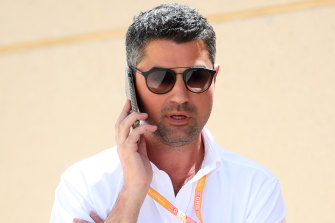 The Australian served as race director for three years, where he oversaw the employment of safety measures such as red flags or safety cars during races. He assumed the role in 2019 and held it until February, when he was reassigned following his handling of December’s Abu Dhabi Grand Prix.

That episode occurred during the 2021 season finale, the climax of Lewis Hamilton and Max Verstappen’s contentious duel for the drivers’ title. Masi’s decisions following a late safety car period were meant to restart the race with one lap remaining, but he partly ignored FIA regulations in making them. That enabled Verstappen to pass Hamilton on the final lap of the race, inviting confusion and acrimony from Hamilton’s Mercedes team and many observers.

The FIA later concluded that Masi acted in good faith but made a “human error” in his handling of the race. He was relieved of his duties as race director in February but remained with the FIA.

Team principals from Mercedes and Verstappen’s Red Bull team communicated directly with Masi as he deliberated how to handle the final stages of the title-deciding event. In its aftermath, direct radio communications during races were removed ahead of this season “in order to protect the race director from any pressure and allow him to take decisions peacefully”. The FIA also incorporated a “virtual race control room” to assist the race director in applying sporting regulations.

Masi was replaced by Niels Wittich and Eduardo Freitas, who have filled his role on a rotating basis since the new season began in March.

The battle between Verstappen and Hamilton has been less contentious – and less competitive – in 2022, with new vehicle regulations reshuffling the usual hierarchy. After 11 races, Verstappen holds a sizable advantage over Ferrari’s Charles Leclerc (208-170) atop the standings. Hamilton, who fell short of a record eighth drivers’ title as a result of the finish in Abu Dhabi last year, sits in sixth place.