Don’t miss the latest Sky F1 Watchalong on Wednesday evening as we transport you back to the midst of one the fiercest rivalries in the sport’s history and a controversial, topsy-turvy battle around arguably its best circuit, in the toughest of wet conditions.

It’s the 1995 Belgian Grand Prix from Spa-Francorchamps where Michael Schumacher made history by winning from 16th on the grid, Damon Hill was angered by his great rival’s defensive driving, and Martin Brundle finished on the podium for outsiders Ligier.

Hill, Brundle and Johnny Herbert – Schumacher’s Benetton team-mate that day who led the race’s early stages – are reunited to watch back the best (and, in some of their cases, worst) moments from an unforgettable afternoon, with fellow Sky F1 colleague David Croft. Does Damon still hold the same opinion of Schumacher’s driving a quarter of a century on? How did Johnny go from the lead to seventh place? And just how difficult was it to drive the undulating and fast 4.4-mile circuit in the wet?

Watch along with the Sky F1 team on Sky F1, YouTube, Facebook, and on this page from 7.30pm 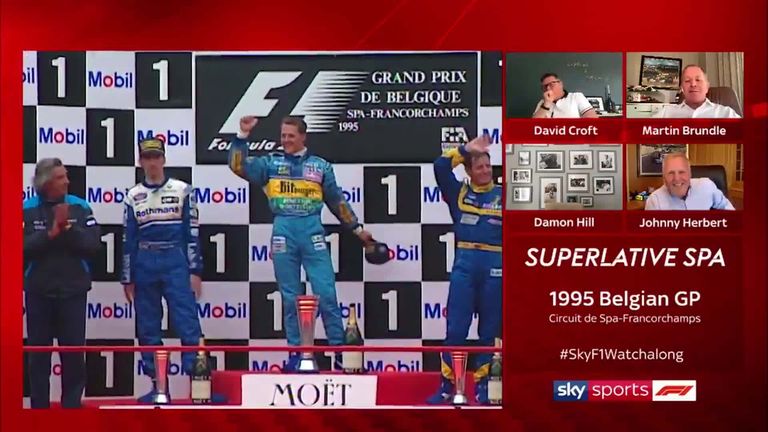 The background to a tense race day

Schumacher, F1’s defending champion, held a reduced 11-point lead over big rival Hill going into the race, the 11th round of the 16-race season.

Hill had halved his title deficit at the previous race in Hungary when the Williams driver’s third win of the year had coincided with a rare race retirement for Schumacher and Benetton.

But the Englishman, already enduring a turbulent year on the track, still had it all on to overcome Schumacher and exact revenge on losing out on the title at the last race in the controversial finish to 1994. 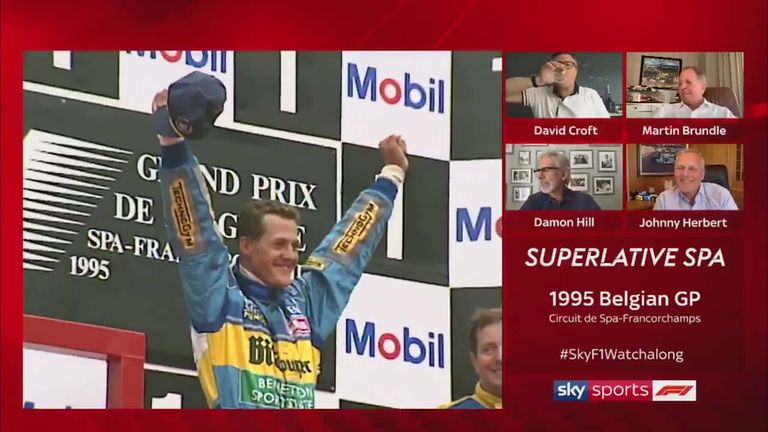 But the cards seemed to be falling in Hill’s favour at Spa, as although he qualified only eighth in wet conditions of qualifying, he was still eight places ahead of Schumacher – whose Saturday never got going after a crash in second practice, which was followed by technical problems with his car.

Schumacher therefore started 16th – he had never previously qualified outside the top 10 in F1, while no one had ever won at Spa from lower than 12th on the grid.