Lewis Hamilton was beaten to top spot by Valtteri Bottas in the first practice session at Monza as the drivers got to grips with the iconic track ahead of the Italian Grand Prix.

Hamilton dominated from start to finish in Spa last weekend to extend his world championship lead over nearest rival Verstappen, and is looking to pick up from where he left off in Belgium with a win at Monza.

But it was Mercedes team-mate Bottas who got the better of the six-time world champion during the first practice in Italy, with the Finn clocking in a time of 1:20.703 on Friday morning, two-tenths quicker than the Brit. 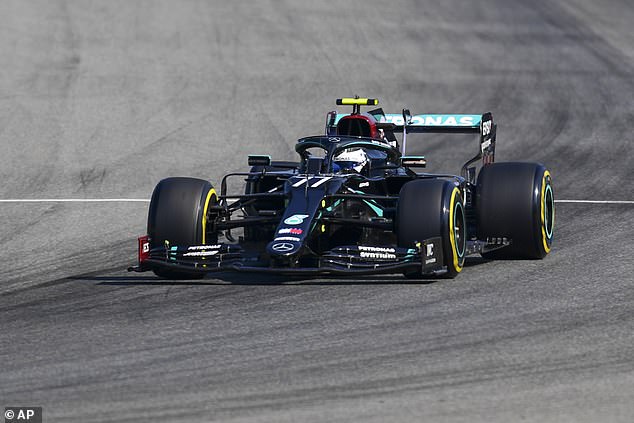 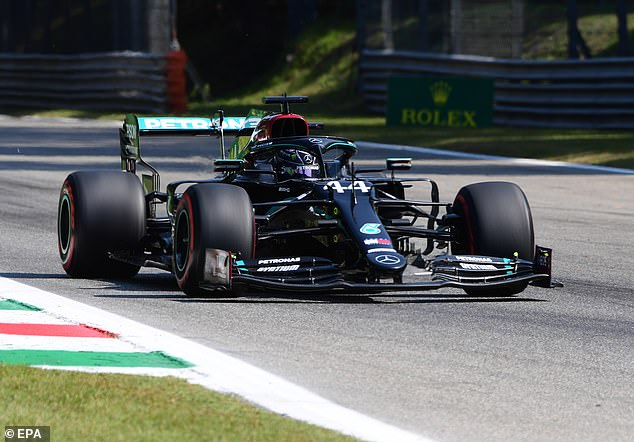 The 31-year-old was nowhere near Hamilton last weekend and will be looking to close the gap on the seemingly unstoppable championship leader, who already holds a 50-point advantage over his team-mate after just seven races.

The first practice session was momentarily called to a halt after Max Verstappen suffered a crash, with a red flag was displayed after the Dutchman skidded across the Italian track, kicking up dust as he went into the gravel and then a barrier.

His Red Bull’s front wing came off and the youngster was able to get his car back into the garage as the session was called to a stop briefly. 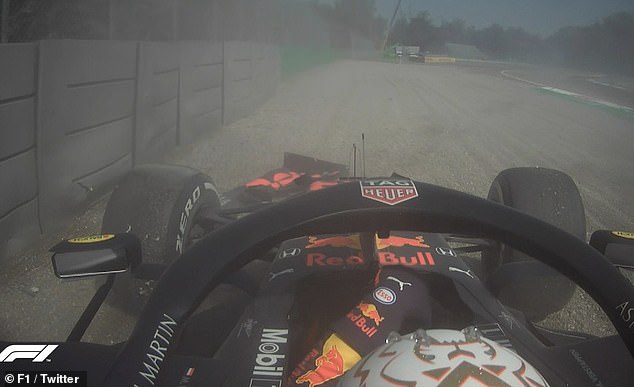 Meanwhile, Max Verstappen returned to the pits with a damaged wing after a crash in FP1 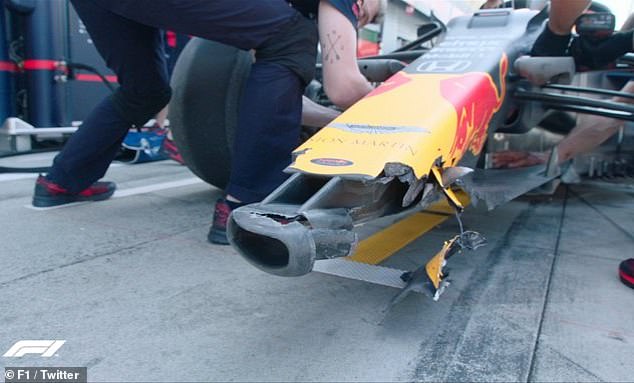 Ferrari have endured a poor season thus far, and returned home in desperate need of a shot in the arm after a terrible race in Spa, with both Sebastian Vettel and Charles Leclerc finishing outside the points.

However, indications from the first practice session show it may be another tricky weekend for The Prancing Horse, with last year’s race winner Leclerc 11th-fastest with a time of 1:21.904, while Vettel was all the way down in 19th, over two seconds slower than Bottas. 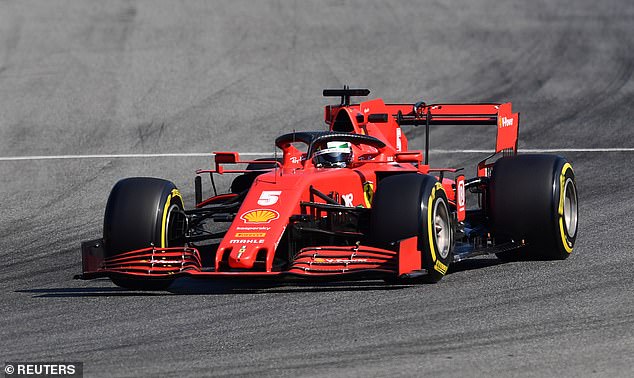 This weekend a new FIA directive comes into play, with teams banned from using so-called ‘party modes’ during qualifying and in the race. It means that engines must be run in a single power mode.

The official reasoning is to make it easier for teams to monitor power units, although it has been suggested that the ban has been aimed at Mercedes, who are believed to have the superior peak power mode.