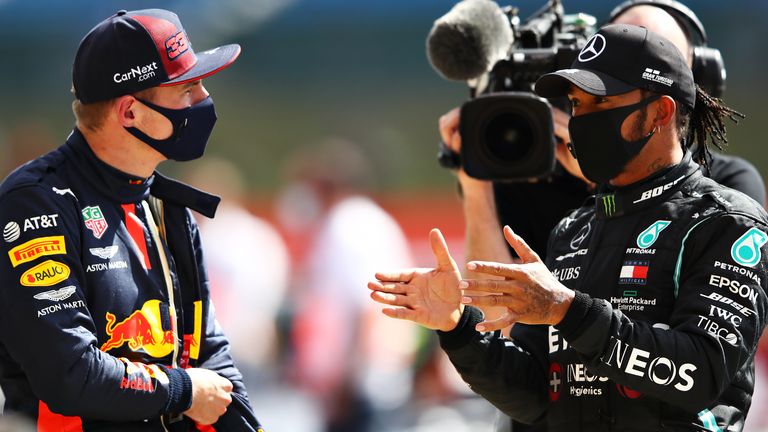 Red Bull boss Christian Horner believes there was “no guarantee” Max Verstappen would have made it to the finish of the British GP without his own tyre problems had he not stopped in the incredible closing laps at Silverstone.

Verstappen finished an unlikely second after Valtteri Bottas’ front-right tyre deflated with two laps to go and, once ahead of the ailing Mercedes, Red Bull pitted him for tyres at the end of the same lap in order to protect their gained position and go for the extra bonus point for fastest lap.

But Verstappen’s stop ultimately meant he was not quite close enough to overhaul Hamilton on the final lap when the other Mercedes’ front tyre let go and the race leader limped to the finish. 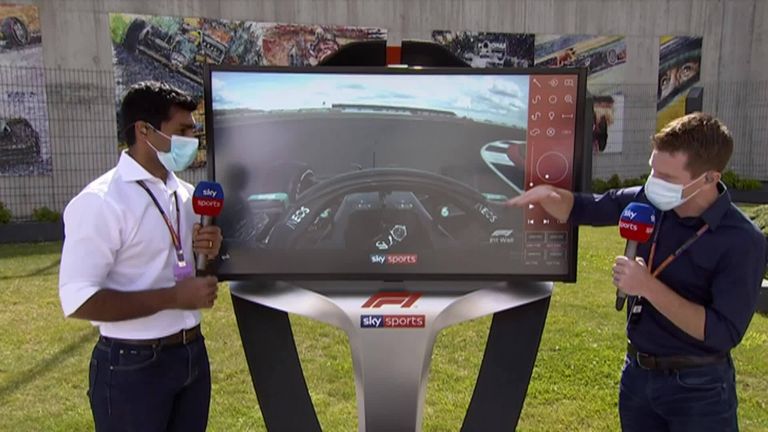 Verstappen had been 15s behind Hamilton when he stopped at the end of lap 50 and rejoined the track 34s behind the Mercedes. He finished the final tour 5.8s down on the ailing Hamilton.

So had Red Bull inadvertently thrown the win away? Horner said it was not that clear cut.

“In many respects we’d had taken that [second] before the race,” the team principal explained to Sky Sports F1.

“Right at the end there, Max was really getting worried about the [tyre] vibration. We saw Bottas’ puncture, we could see we had a big groove on our tyre, and so we elected to pit and put the soft on and try and bag the point for the [fastest] lap as well.

“The tyre that has come off Max’s car has got a deep groove and a lot of lacerations on it as well. So there’s no guarantee he would have got to the end of the race, then it would have been a completely different story again.” 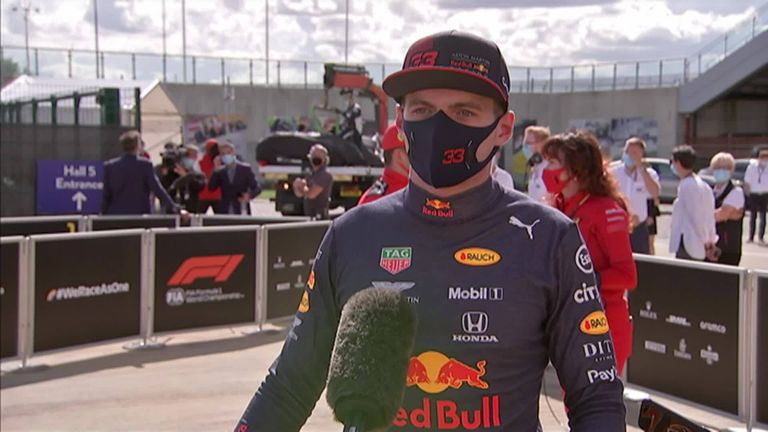 McLaren’s Carlos Sainz also suffered a late puncture and Horner added: “Lewis rode his luck, they had a great car today, and they managed to get it home. Second place is still a very good result for us.”

Verstappen agreed, and said he was simply grateful for the unexpected runner-up finish he did achieve.

“Could have, would have, should have,” said Verstappen when asked about what could have happened in hindsight.

“In a way, Lewis got lucky – but also unlucky – because he got a puncture. At the end of the day they were way faster than us so they deserved to win that race.

“I’m happy with second because I had a little present with Valtteri having a puncture.

“Once he got a puncture we were like ‘okay, well we’re going to make sure we are second’ so we boxed, put new tyres on, and do the fastest lap. In a way it’s unlucky then you lose it by five seconds because Lewis gets a puncture.

“Is that lucky or unlucky? I don’t know, I’m happy with second.” 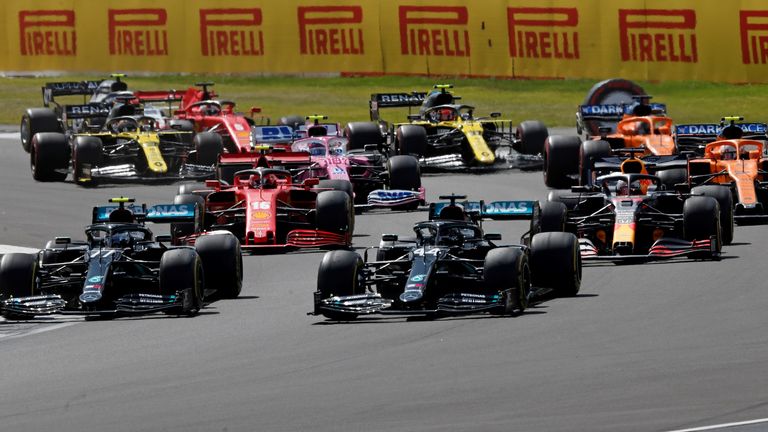 Mercedes had appeared to be cruising to a one-two finish for most of the afternoon and, seeing from the pit wall that Hamilton and Bottas were taking it easier through certain corners all race, Horner was surprised to see the world champions run into such significant trouble.

“We could see that because the front tyre was a bit of a concern here they were taking it easy in Turn One, Turn Two, Turn Nine. More so than we were,” said Horner.

“So we were surprised to see them get into the issue that they had. We were already about to stop 10 laps towards the end. So it was a surprise suddenly to see all those issues come up.”

Coulthard: Hamilton will retire at Mercedes and wouldn't suit Ferrari