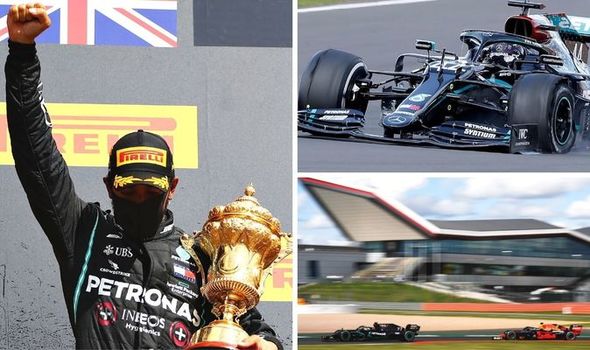 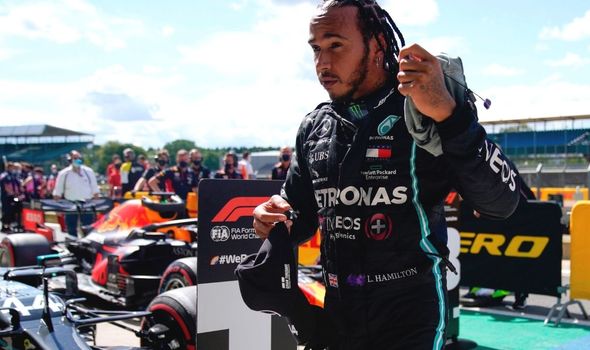 1.05pm: The British Grand Prix goes ahead in front of empty grandstands this year due to the impact of the coronavirus pandemic. 1995 winner Johnny Herbert admits it will make for an unusual experience but he can’t see it damaging the on-track spectacle.

“What’s the word? Different,” Herbert told Express Sport. “When I was in Hungary, the only time I noticed there being no fans around was actually when there was the build-up on the grid itself because, when you looked up into the grandstand, it was empty.

“But the rest of it all works. So for F1 drivers in the bubble, nothing has changed. It’s just a little bit different where Martin [Brundle] would normally go through the grid and the flag-waving of Lando or Lewis or whoever it may be and the driver parade as well.

“But overall the racing will be the racing that we all love to watch. I know everyone’s going to be sitting at home, but I think the entertainment will still always be there. You just haven’t quite got that live element. We’ve just all got to realise it’s a – hopefully – short time before we can get back to having fans in football stadiums and, of course, at F1.”

1pm: Lando Norris is sporting a fantastic helmet especially made for today’s race. The McLaren driver picked a design from six-year-old Eva Muttram, so watch out for that as he starts from fifth, a place better off than Lance Stroll.

McLaren’s Carlos Sainz is seventh on the grid today, with Daniel Ricciardo and Esteban Ocon eighth and ninth respectively for Renault. Pierre Gasly is 11th after being squeezed out of contention for a place in Q3 by Stroll.

12:45pm: George Russell made it into Q2 for the third consecutive race but he’ll start from the back after being handed a five-place grid penalty. The Williams driver failed to slow down under yellow flags after his team-mate Nicholas Latifi spun out yesterday.

Joining Russell on the back row is Daniiel Kvyat, who also took a five-place grid penalty. The AlphaTauri driver, however, moves back because he took a new gearbox for this weekend’s meet in Northamptonshire.

Haas and Alfa Romeo’s 2020 qualifying struggles continued on Friday, with Kevin Magnussen, Antonio Giovinazzi, Kimi Raikkonen and Romain Grosjean filling the spots from 14th to 17th after being bumped up by Russell and Kvyat’s respective penalties. Like Ferrari, the two teams are struggling with the engines supplied by the Italian big guns.

It’s worth watching out for Nico Hulkenberg today. The German came in as a late replacement for Sergio Perez following the Racing Point driver’s positive coronavirus test result and starts 13th on the grid at Silverstone.

12:30pm: Good afternoon and welcome to Express Sport‘s live coverage of the British Grand Prix! Lewis Hamilton starts on pole for a record seventh time at Silverstone after putting in a stunning performance in qualifying yesterday afternoon.

The Mercedes driver spun off the track at Luffield as team-mate Valtteri Bottas set a new record lap time in Q2. But he made a remarkable recovery to smash that record and underline why he’ll be the man to beat out there today.

Max Verstappen was more than a second off the pace of Hamilton, but the Red Bull driver says he’s given himself a “fighting chance” of taking on the Mercedes by qualifying in third. The Dutchman’s team-mate Alex Albon starts down in 12th and finds himself under mounting pressure.

One man who’s driving with the weight of expectation of his shoulders this season is Sebastian Vettel. The departing Ferrari driver said, though, that his weekend “couldn’t get much worse” after he qualified in 10th – six places back from team-mate Charles Leclerc.