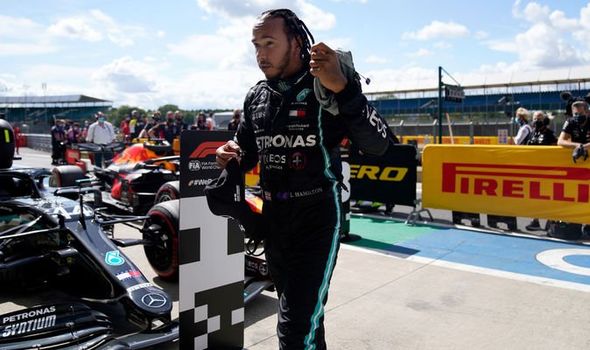 Ahead of his return to Silverstone this weekend, Lewis Hamilton revealed he could race on for at least another three years. Now 35 and in his 14th season, the Mercedes driver believes the lockdown has reinvigorated his career.

Hamilton’s contract is due to expire at the end of the season but he has no plans to stop racing.

“Firstly I don’t think you can guarantee anything but I plan to be here for sure next year,” said the six-time world champion.

“The Covid-19 lockdown, whilst it was a negative, in some ways it gave a lot of life, a lot of energy to focus on some other things, and that time off was a bit of breathing space, and provided a bit of energy to perhaps go longer.

“Ultimately I want to be able to perform at the level I am right now but there is a point at which the physicality and the mental side can tail off.

“I don’t know when that’s going to be. I want to earn my position here and I feel like every year that is not a given just because I’ve world championships under my belt.

“I’ve no divine right to be here. My goal is to continue to deliver for as long as I can. So I do see myself going for at least another two or three years.”

Hamilton leads team-mate Valtteri Bottas by five points in the F1 standings after the British star claimed victories at the Styrian and Hungarian Grand Prixs.

When is the British Grand Prix?

The Silverstone race gets underway at 2.10pm BST on Sunday (August 2).

Is the British Grand Prix on Channel 4?

Yes, the British Grand Prix will be shown on Channel 4 this weekend.

Fans will also be live stream the race via the All 4 app.

Steve Jones will be hosting the action, with analysis from David Coulthard, Mark Webber, Billy Monger and Lee McKenzie.