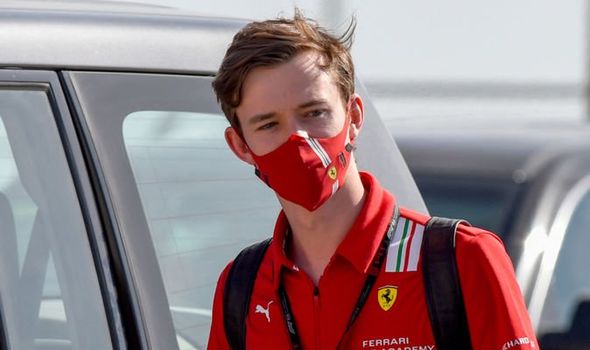 Storming his way from P20 to P2, the 2020 Formula 2 vice-champion showed why he should be on F1 teams’ radars for 2022. Aiming to become the first British Ferrari Formula 1 driver since Eddie Irvine in 1999, Callum Ilott was a force to be reckoned with in an impressive GT debut at the 3 Hours of Monza on Sunday.

The 22-year-old Ferrari test driver put in a stellar performance for Iron Lynx, alongside team-mates Antonio Fuoco and Davide Rigon to finish fourth overall and third in the Pro Cup class of the GT World Challenge Europe Endurance Cup.

Cambridge-born Ilott was clearly overjoyed at his performance and rightfully so, as we look at why he should be a real prospect for F1 teams in 2022.

Why his GT campaign matters?

One of the most successful karting champions of his generation, with a junior series career not to be ignored, Ilott’s racing prowess spoke for itself. Yet fortune was not in the British driver’s favour after being overlooked for an F1 seat in 2021.

Despite rumours of a possible Haas seat, the American team chose a line-up of 2020 Formula 2 Champion Mick Schumacher and Nikita Mazepin, who finished below Ilott in the championship last year and whose father, Dmitry Mazepin, is a major shareholder of their new title sponsor Uralkali. 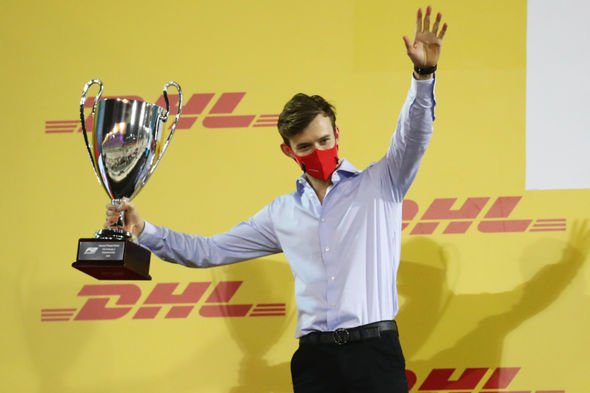 An Alfa Romeo seat was also off the cards as they opted to continue their line-up of 2007 World Champion Kimi Raikkonen and Antonio Giovinazzi.

Ilott’s chances now rest upon his abilities to impress elsewhere, with his GT commitments and test driver duties providing him with a perfect springboard to the pinnacle of motorsports.

Ilott more than proved himself in Formula 2 last year, taking home three victories and six podiums as he fought Schumacher all the way to the final race, finishing as the runner-up.

He was undeniably quick as he racked up five pole positions, more than any other driver. Another season in F2 might have hindered rather than helped his chances of an F1 seat in 2022.

Despite facing a new challenge, his adaptability and speed appeared not to be limited to F2 as his first GT qualifying session saw him put his Iron Lynx up into P3.

When it came down to the race, he chose not to play it safe as many rookies would have.

Instead, he opted to run an audacious strategy by switching to slick tyres as the wet circuit began to dry out.

Carving through the pack, his rapid progress saw Ilott go from P20 to P2 during his stint and impressed many in the paddock.

Speaking after his stint, Ilott said: “It was awesome, I’ve never raced like that. We made the call to put the slicks because with the wets it was not going to change much. The track was drying in a few places.

“At first, it was not a good call, but once I picked up the pace and got the tyres warm it was amazing. I think I passed six cars in the last corner,” he added.

Rivals for an F1 seat?

Performances like these in his rookie campaign should hopefully draw the attention of Ferrari and their customer teams, Alfa Romeo and Haas.

And with Kimi Raikkonen’s 19-year F1 career possibly coming to a close at the end of this season, could the British driver move one step closer to his dream of driving for the Prancing Horse?

Yet Ilott’s destiny is not wholly in his own hands as he faces tough competition in the form of Formula 2 drivers Robert Shwartzman and Marcus Armstrong.

Shwartzman has a point to prove after a mid-season slump saw the Russian drop to fourth in the drivers’ standings in F2 last year, behind AlphaTauri’s Yuki Tsunoda.

Marcus Armstrong also looks to mount a title campaign. A disappointing rookie season last year saw the New Zealander languish down in 13th and the pressure will be on his shoulders to perform better a second time around.

If either Shwartzman or Armstrong take home the Formula 2 Championship, Ilott may find himself left out in the cold.

An unflappable demeanour combined with an abundance of talent; Callum Ilott continues to prove why he was wrongly overlooked last year and he is determined to fight his way on to the grid.

With his F1 dream in touching distance, it is high time one of Britain’s brightest motorsport talents got his moment in the spotlight.

Race director insists Lewis Hamilton was not picked on after penalty