Charles Leclerc insists he has a good relationship with Sebastian Vettel and would be glad to see Ferrari keep hold of the four-time F1 champion. Leclerc’s long-term future is secure after the Prancing Horse handed him a new five-year contract following his impressive first season in their iconic red car.

Vettel, on the other hand, is in limbo – despite team principal Mattia Binotto insisting he is Ferrari’s first choice to partner Leclerc going forward.

The German’s current deal expires at the end of the 2020 season and there has been little progress towards fresh terms being hammered out.

Ferrari are keen for Vettel to accept a significant cut to his £35m-a-year salary, as well as a shorter contract than the ones he’s signed with them before.

Question marks around Vettel’s future have grown with Ferrari now appearing to favour Leclerc, alongside whom he endured a tense 12 months in 2019. 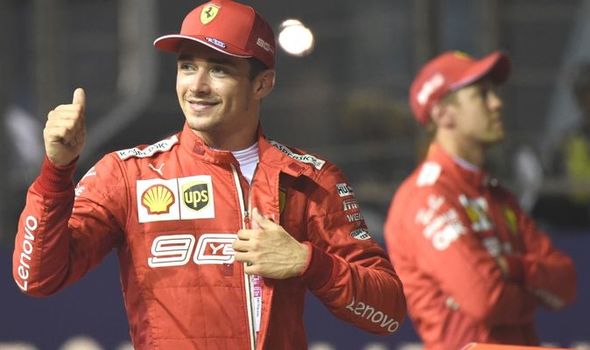 Leclerc insists he would have no objections to Ferrari retaining the 32-year-old’s services beyond the end of the coming campaign.

He is, however, open to welcoming a new team-mate to Ferrari if Vettel and F1’s most illustrious team cannot come to terms on a new contract.

“Even though we had a few problems on track like in Brazil [where Leclerc and Vettel crashed] and things like this, I’m very happy with Seb and it has always been a good relationship even if from the outside it’s probably not seen as it was,” Leclerc said, during a conference call from his Monaco apartment.

“It has always been good between us so I would be happy to keep him but I will respect Ferrari’s decision for whoever is next to me and at the end of the day it’s my job to adapt to the person next to me and you can always learn from whoever is your team-mate. 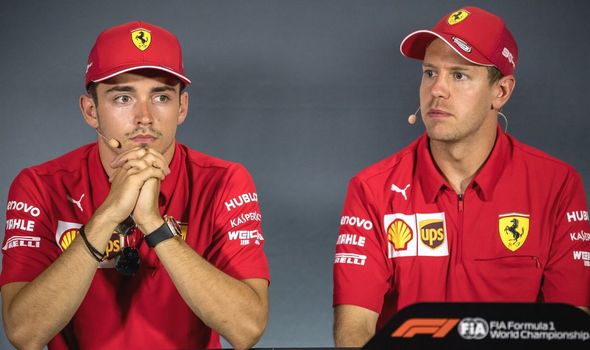 “I would welcome anybody but if Seb stays I would definitely be happy.”

Vettel suggested last week that he would have his future sorted out at Ferrari prior to the start of the 2020 F1 season, which has been pushed back into the summer due to the coronavirus pandemic.

Binotto and co. are, though, understood to have lined up a number of fall-back options in case they and Vettel part ways.

McLaren’s Carlos Sainz and Renault’s Daniel Ricciardo are foremost among them, with former Ferrari junior Antonio Giovinazzi potentially in line to be drafted back from Alfa Romeo.