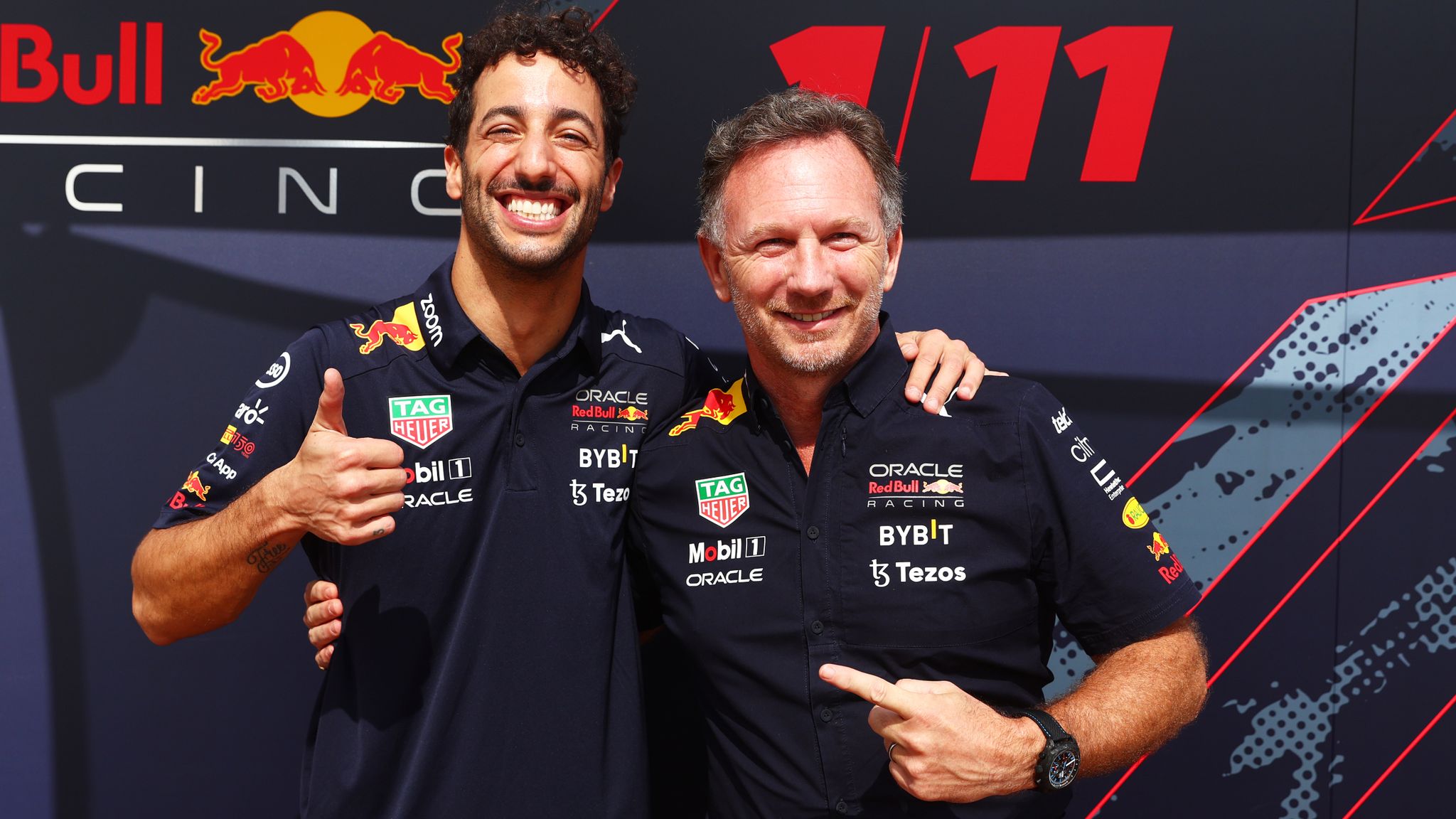 Daniel Ricciardo says he is ‘excited’ to be returning to Red Bull to be their reserve driver for the 2023 season.

The news was confirmed on Wednesday, just days after the 2022 championship concluded in Abu Dhabi.

Ricciardo has been left without a Formula One drive for next year, after McLaren replaced him with fellow Australian Oscar Piastri after two disappointing years with the team.

The 33-year-old had repeatedly said that he was interesting in taking a reserve role at another team in order to rejuvenate himself ahead of a potential return to the grid for 2024, with reports suggesting he could move to Mercedes.

But instead he has re-joined Red Bull, the team with which he enjoyed much success with from 2014 to 2018, winning seven races in that time.

‘The smile says it all, I’m truly excited to be coming back home,’ Ricciardo said.

‘I already have so many fond memories of my time here, but the welcome from Christian [Horner], Dr [Helmut] Marko and the entire team is something I’m sincerely appreciative of.