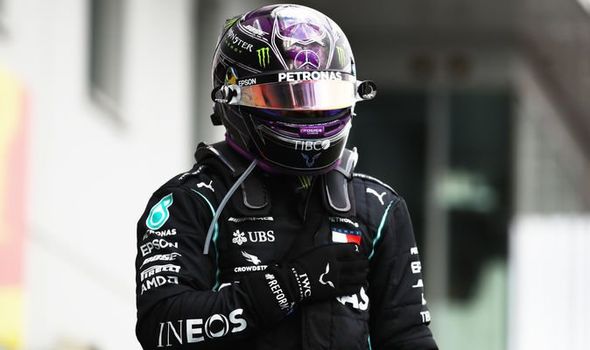 Lewis Hamilton goes in search of a record-equalling 91st Formula One race win in today’s Eifel Grand Prix – but must find a way past Mercedes team-mate Valtteri Bottas for victory. The Finn clinched a brilliant pole position on Saturday with a track record 1:25.269 lap.

If six-time world champion Hamilton was to finish first, he would draw level with Ferrari icon Michael Schumacher on 91 wins. He would have six races left of the season to break the record.

His only win at the Nurburging came when he started second behind Red Bull’s Mark Webber and he will hope for a repeat here this year.

But the cooler conditions will create unique circumstances and after qualifying, the 35-year-old said: “I’ll just try to understand what happened today. Tomorrow is a long race.

“We’ll see tomorrow with the weather. It’s a lot cooler here. Not the easiest place to overtake either. But there could be lots of opportunities, so I’ll be pushing hard. It’s going to be a challenge if it’s this cold or even colder tomorrow potentially. 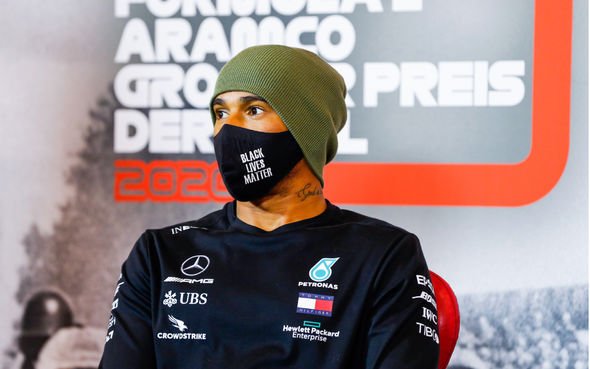 Usually the colder the track goes it moves more to wear at the front end of the car more than the rear. When it gets hot it’s the rear end that struggles most.

“So, it will be interesting to see how far we go tomorrow.”

And asked about the Schumacher record he wants to break, Hamilton added: “I’ve got my work cut-out tomorrow.

“It’s not something I particularly think about. If and when it happens, it’ll be great – but right now these two [Bottas and Verstappen] are making it pretty hard for me. I’m enjoying this battle I’m having with these guys.”

While pole-sitter Bottas, chasing his second successive win after victory in Russia last time out and who ended Hamilton’s run of five successive poles, said: “It’s such a nice feeling when you get it on the last lap, with the last chance. The last lap in Q3 was spot on, just what I was needed.

“It was nice to get it together. It’s been pretty tricky this weekend obviously with short practice and these conditions, getting the tyres in the sweet spot but the out lap was one of the sweeter things today. 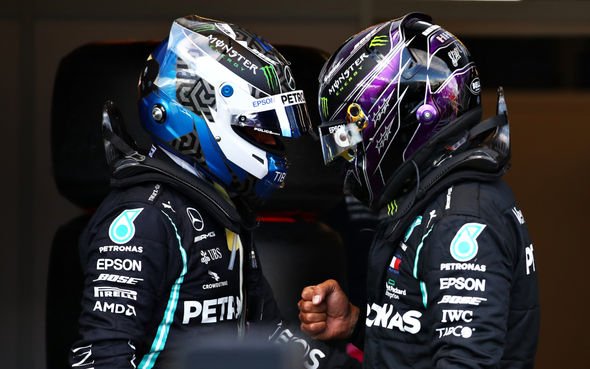 “Ultimately I got the tyres there and the lap was really nice, I really enjoyed it. Of course [I believe I can win]. That’s the only goal for tomorrow. Hopefully I can get a good start.”

Third-placed Verstappen declared: “Overall I think a decent in qualifying. It’s just in Q3, where it really mattered I started understeering a bit too much and when it’s so cold when you’re understeering you’re graining the front tyres and basically eating up the rubber when that happens.

“That cost me a bit of lap time. Overall I think we are getting closer to Mercedes which I think is very positive.

“In a way I’m a little bit disappointed, I was expecting a little bit more but it is what it is. I think overall I can still be happy.

“It’s a fun track so let’s see. I’m looking forward to tomorrow, let’s see what we can do.” 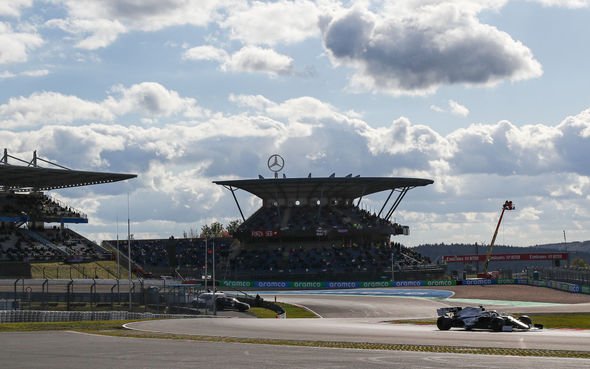 Adblocker must be turned off to see updates