‘We are confident with the progress of our plans to begin this summer’: Formula One CEO Chase Carey announces plans to salvage new season by starting in Austria on July 5 and finishing in December… just hours after French Grand Prix was called off

Formula One is planning to start its 2020 season on July 5 in Austria after the French Grand Prix became the 10th race this year to be postponed or cancelled because of the coronavirus pandemic.

The decision to cancel the race at Circuit Paul Ricard in Le Castellet on June 28 seemed increasingly unavoidable after French President Emmanuel Macron placed a ban on mass gatherings in the country until at least mid-July.

But F1 chief Chase Carey is optimistic of beginning the campaign a week later at Austria’s Red Bull Ring and holding between 15 and 18 races before the curtain closer in Abu Dhabi in December. 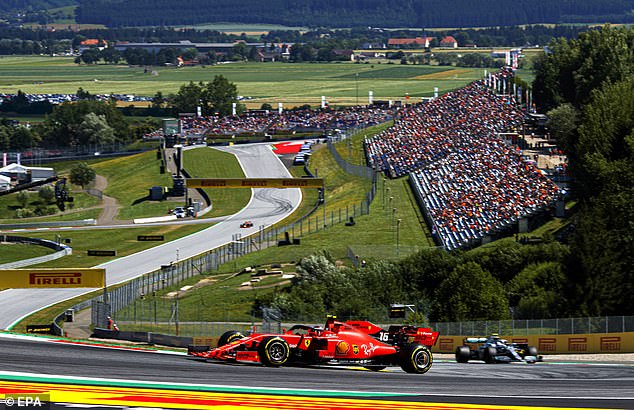 Races will be held across Europe

Eurasia and Asia will host races

Carey, though, does anticipate the first few races to be held behind closed doors, with the British Grand Prix telling its fans on Monday morning that its event on July 19 will be held without spectators.

Carey said on Formula One’s website: ‘Although this morning it was announced that the French Grand Prix, due to take place in late June, will not be going ahead, we are now increasingly confident with the progress of our plans to begin our season this summer.

‘We’re targeting a start to racing in Europe through July, August and beginning of September, with the first race taking place in Austria on 3-5 July weekend.

‘September, October and November, would see us race in Eurasia, Asia and the Americas, finishing the season in the Gulf in December with Bahrain before the traditional finale in Abu Dhabi, having completed between 15-18 races.

‘We will publish our finalised calendar as soon as we possibly can. All of our plans are obviously subject to change as we still have many issues to address and all of us are subject to the unknowns of the virus. 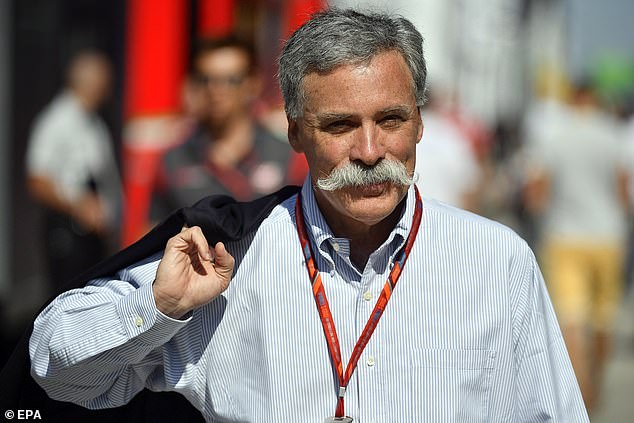 ‘We expect the early races to be without fans but hope fans will be part of our events as we move further into the schedule.

‘We still have to work out many issues like the procedures for the teams and our other partners to enter and operate in each country.

‘The health and safety of all involved will continue to be priority one and we will only go forward if we are confident we have reliable procedures to address both risks and possible issues.’

While a number of events have been postponed, French Grand Prix managing director Eric Boullier said his focus is already on next year’s race.

He said: ‘Given the evolution of the situation linked to the spread of the Covid-19 virus, the French Grand Prix takes note of the decisions announced by the French State making it impossible to maintain our event.

‘The eyes of the GIP Grand Prix de France – Le Castellet are already turning towards the summer of 2021 in order to offer our spectators an even more unprecedented event at the heart of the Region Sud.’

For the moment, the British Grand Prix will go ahead but Silverstone’s owners said that a race ‘under normal conditions is just not going to be possible’ in announcing a decision to keep supporters away from the event.

Silverstone managing director Stuart Pringle said in a letter: ‘I am extremely disappointed to tell you that we are unable to stage this year’s British Grand Prix in front of the fans at Silverstone. 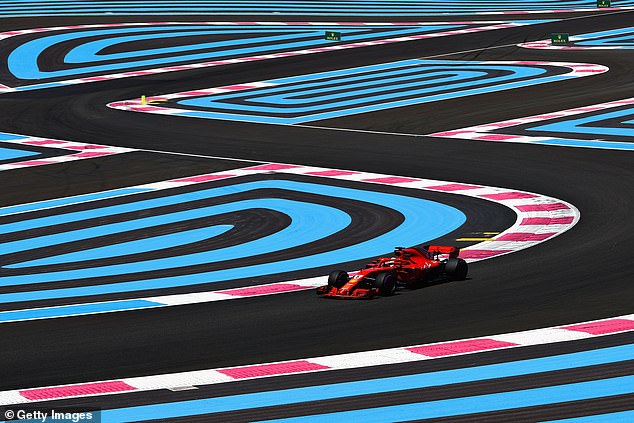 ‘We have left this difficult decision for as long as possible, but it is abundantly clear given the current conditions in the country and the Government requirements in place now and for the foreseeable future, that a grand prix under normal conditions is just not going to be possible.

‘Our obligations to protect the health and safety of everyone involved in preparing and delivering the event, our volunteer marshals and race makers, and of course, you, the amazing fans, means that this is the best, safest and only decision we could make.

‘We have consistently said that should we find ourselves in this position we will support Formula One as they seek to find alternative ways to enable F1 racing to take place this year.

‘Following this weekend’s news from the department for Digital, Culture, Media and Sport we are now working with them on the viability of an event behind closed doors.’