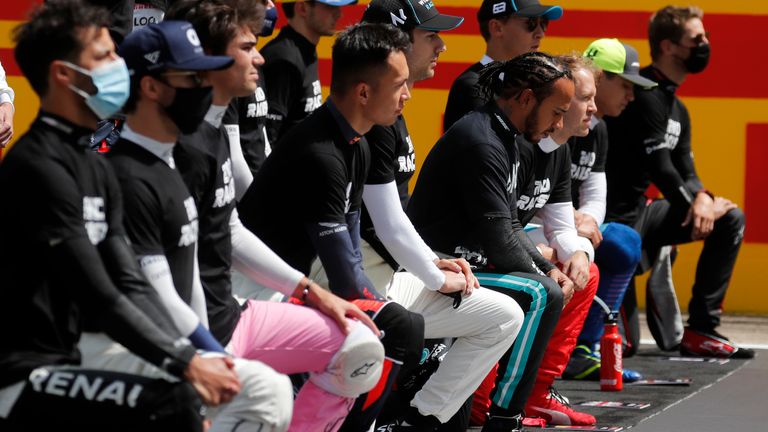 Formula 1’s drivers will continue to be free to take a knee or show other ways of support ahead of Grands Prix in the 2021 season under the sport’s We Race As One initiative.

Last year drivers gathered at the front of the grid in a show of solidarity against racism, with world champion Lewis Hamilton also joined by the majority of his fellow drivers in taking a knee.

There will continue to be a moment of reflection ahead of races this year amid wider united focus on the sport’s strengthened We Race As One programme this year, which focus on initiatives in areas of sustainability, diversity and inclusion, and community.

“The whole of Formula 1 is united in its support for WeRaceAsOne and the drivers will all show their own support for the initiative ahead of the Grand Prix,” said a Formula 1 spokesperson.

“The drivers will be free to show their commitment in their own way before the race and there will be no requirement for them to make a specific gesture.

“The important thing is all of them being together in full support of our initiatives on sustainability, diversity & inclusion and community.”

Drivers met with new F1 boss Stefano Domenicali in Bahrain ahead of pre-season testing to discuss the ceremony before races, with agreement reached on the approach for this weekend’s season-opening race in the Middle East onwards. 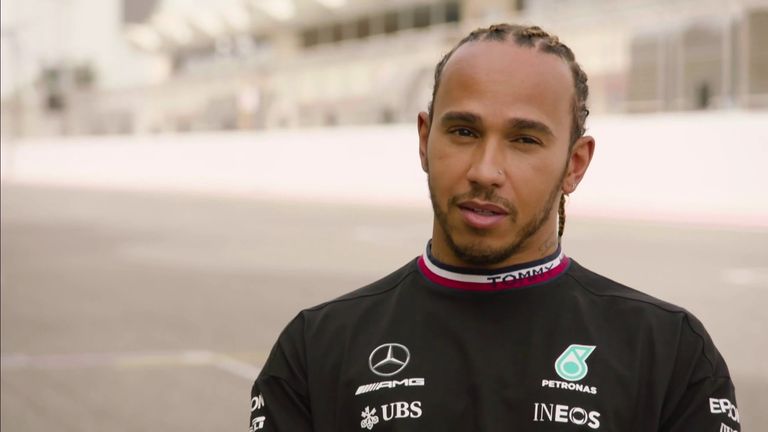 Last month F1 outlined its vision and targets for the second year of its We Race As One initiative, which focuses on three key areas in society.

Among its aims for the coming year, F1 plans to create “a clear path towards sustainably fuelled hybrid engines”, ahead of the next big engine regulation change in the middle of this decade, fund scholarships for engineering students from diverse and underprivileged backgrounds, and to grow the profile of the all-female W Series which will feature at eight race weekends in 2021.

Hamilton, who has led calls for improved diversity in F1 and motorsport, has said that 2021 must be a year when tangible action is taken on the issue.

“What’s really important is to make sure that we are actually delivering and taking action,” he said.

“I’m really proud of my team here and I’m already seeing steps that we started taking last year, particularly towards the end of the year and starting to see that progress little by little. It takes one step at a time, of course.”

On the specific gesture of taking a knee, Hamilton said: “We’ll see how we can collectively work together to make sure we’re leading more in this sport and it’s not necessarily having to be taking the knee.”