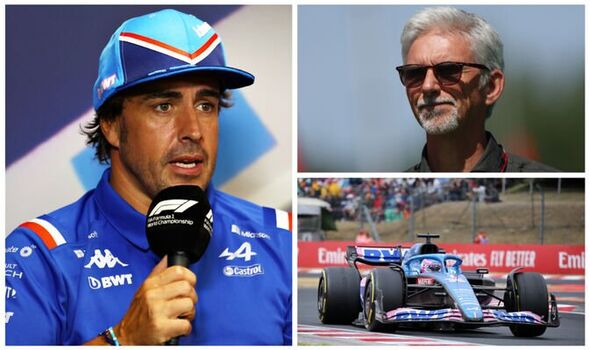 Damon Hill has claimed Alpine have been “caught out” after Fernando Alonso signed for midfield rivals Aston Martin – and believes the veteran driver would have remained with the team if they offered him a chance to race in the Indianapolis 500. Alonso has had his sights set on the triple crown, motorsport’s crown jewel, since winning Le Mans in 2018 and 2019, but he has failed in all three attempts at clinching the American prize.

The 41-year-old, who returned to Formula 1 in 2021 after three years away from the sport, announced his shock decision to step into Sebastian Vettel’s place at Aston Martin at the Hungarian Grand Prix. Given the way results have gone since the team were taken over by billionaire Lawrence Stroll, however, it has been viewed as a step down from Alpine, who have competed for wins and podiums.

It is understood Alonso was unhappy with how the team had plotted to bring in Oscar Piastri ahead of him next season, despite his impressive drives for the French manufacturer over the past 18 months. But most of all, he wanted an opportunity to race in the Indy 500 again after failing – and Hill thinks the team’s failure to provide that chance cost them.

“He’s won Le Mans, he just needs Indianapolis and then he equals my dad’s triple crown record,” Hill said. “If Alpine had offered him a guaranteed winning car for the Indy 500, maybe he’d have stuck around.”

Alonso has signed a two-year deal to race for Aston Martin from 2023 after Vettel decided to retire in the latest impressive move from the ambitious British outfit. With the team spending millions on building a new base in Gaydon, Warwickshire and recruiting top engineers from Mercedes and Red Bull, they are building towards a bright future in F1 – although their on-track performance has left a lot to be desired.

The two-time world champion’s decision still left the paddock reeling and was the catalyst for a series of driver moves, including the controversial switch of Piastri to McLaren to replace Daniel Ricciardo, with the latter now looking for a drive elsewhere.

And Sky Sports F1 pundit Hill said on the F1 Nation Podcast: “I was very surprised to hear that he’d gone to Aston Martin. Obviously when Seb left there was an opening, but the kind of guy Fernando Alonso is and the kind of guy that Lawrence Stroll is and the ambitions they have for the team, why would you want to be at a team that is struggling? 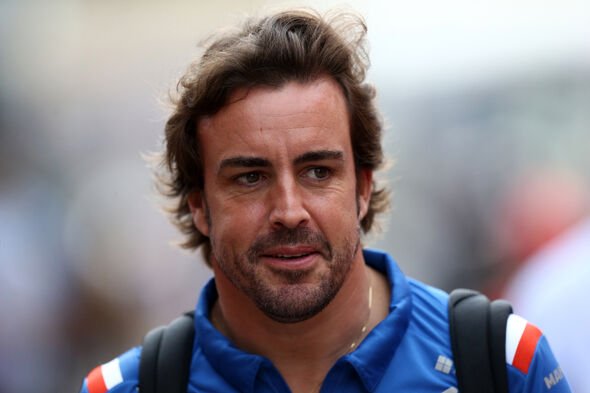 “Fernando has to retire eventually and it’s possibly going to be the last team he’ll be with… why would you want to be struggling and having frustrations? Even if he’s been convinced there’s going to be some massive turnaround taking place, it can’t be the money… I just don’t believe he’d do it just for the money.

“Let’s assess what this is. I think a team like Alpine want to be a serious player and in Alonso you have a serious player. Yes, you can have Esteban Ocons and other drivers, but Fernando has this charisma about him and his reputation.

“He’s totally no nonsense, he’s business-like. He goes in there and picks up the team on what they need to focus on, he’s directing things from the cockpit. I think he’s been a real asset to Alpine, but they’ve been caught out. This totally surprised me.”

F1: Martin Brundle calls for ‘respect on our patch’ after Megan Thee Stallion snub at US Grand Prix