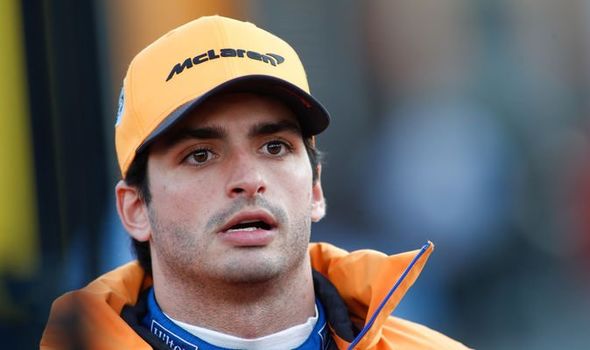 Ferrari have officially confirmed Carlos Sainz as Sebastian Vettel’s replacement following Daniel Ricciardo’s move from Renault to McLaren. Sainz will end a two-season stay with McLaren to switch to Ferrari, with the 25-year-old signing a two-year deal with the iconic Italian team.

Ferrari have made clear that Leclerc is their No 1 driver for the long term and in Sainz, they bring in a young driver with potential to ensure the Scuderia are not solely pinning their hopes on the Monegasque at every race.

Sainz has spent over five years in F1, taking part in 102 races and managing his first podium, finishing third at the Brazilian Grand Prix last year despite starting P20.

He will replace four-time world champion Vettel, who announced the he would be parting ways with Ferrari after five years at the end of this season having failed to win a championship. 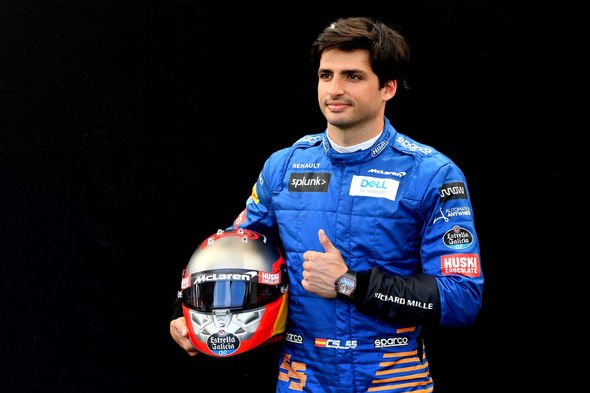 Sainz said of his move to Ferrari: “I am very happy that I will be driving for Scuderia Ferrari in 2021 and I’m excited about my future with the team.

“I still have an important year ahead with McLaren Racing and I’m really looking forward to going racing again with them this season.”

While Ferrari team principal Mattio Binotto added: “I’m pleased to announce that Carlos will join Scuderia Ferrari as from the 2021 championship.

“With five seasons already behind him, Carlos has proved to be very talented and has shown that he has the technical ability and the right attributes to make him an ideal fit with our family.

“We’ve embarked on a new cycle with the aim of getting back to the top in Formula 1.

“It will be a long journey, not without its difficulties, especially given the current financial and regulatory situation, which is undergoing a sudden change and will require this challenge to be tackled in a different way to the recent past.

“We believe that a driver pairing with the talent and personality of Charles and Carlos, the youngest in the past fifty years of the Scuderia, will be the best possible combination to help us reach the goals we have set ourselves.”

It is not known what Sebastian Vettel’s next move will be, although his statement made clear that retirement is a possibility.

He said: “The team and I have realised that there is no longer a common desire to stay together beyond the end of this season.

“Financial matters have played no part in this joint decision. That’s not the way I think when it comes to making certain choices and it never will be.

“What’s been happening in these past few months has led many of us to reflect on what are our real priorities in life. 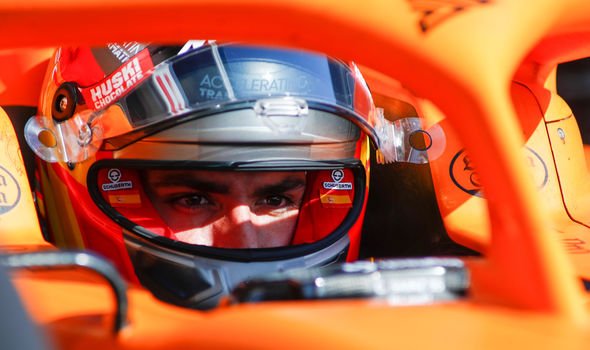 “One needs to use one’s imagination and to adopt a new approach to a situation that has changed.

“I myself will take the time I need to reflect on what really matters when it comes to my future.”

There are few seats open to the German for 2021, although Bottas’ deal with Mercedes will expire – though it is highly unlikely the Silver Arrows would pair Hamilton and Vettel together.

Mercedes are looking to tie six-time champion Hamilton down to a new deal with the Brit, who is paid £40million a year, having been linked with a shock move to Ferrari.

And Toto Wolff, team principal of Mercedes, admitted: “Seb is a great driver, a great personality and an enrichment for every F1 team.

“With a view to the future, we are first and foremost committed to loyalty to our current Mercedes drivers, but of course we cannot ignore this development.”

Sainz’s move completes a day of movement on the F1 grid with Ricciardo quitting Renault to move to McLaren, who also wanted to sign him when he left Red Bull at the end of 2018.

The French car manufacturers have failed to deliver a competitive car to the Australian, who will hope for better fortunes at McLaren – who will switch to Mercedes engines next year.

McLaren team principal Andreas Seidl said: “Daniel is a proven race-winner and his experience, commitment and energy will be a valuable addition to McLaren and our mission to return to the front of the field.

“With Daniel and Lando [Norris] as team-mates, I believe we have two racers who will continue to excite our fans and help the team grow.

“Carlos is a true professional, a pleasure to work with and we will continue to enjoy going racing with him this year.

“We all wish him good luck for the next stage in his career when he leaves McLaren.”