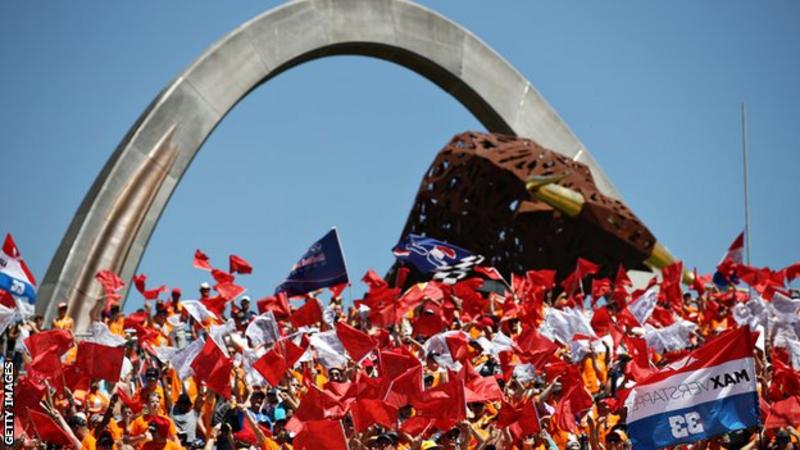 The 2020 Formula 1 season will start in Austria on 5 July, the first of a run of eight races in Europe.

An F1 statement said the championship would begin across three consecutive weekends – two in Austria on 5 and 12 July and a third in Hungary.

There will then be a two-week break before two consecutive races in Britain and events in Spain, Belgium and Italy.

All will be run behind closed doors with participants following guidelines to minimise the spread of Covid-19.

The British Grands Prix at Silverstone will be held 2 and 9 August, followed immediately by the Spanish Grand Prix at Barcelona on 16 August.

The Belgian and Italian Grands Prix will complete the European part of the season on their original dates of 30 August and 6 September.

Plans for the remainder of the season were not announced, because of the uncertainty of the coronavirus situation in the various countries that would have made up the original schedule.

However, F1 said it had “an expectation of having a total of 15-18 races before we complete our season in December”.

It is understood that F1 is highly confident of finishing the championship with races in Bahrain on 6 December and Abu Dhabi on 13 December.

Before that, the low incidence of coronavirus in China, Vietnam and Japan makes races in those countries a strong probability in October.

The Russian Grand Prix, which is pencilled in for after the European events along with the race in Azerbaijan, and those in the US, Mexico and Brazil are more uncertain because of the high rates of infection in those countries. 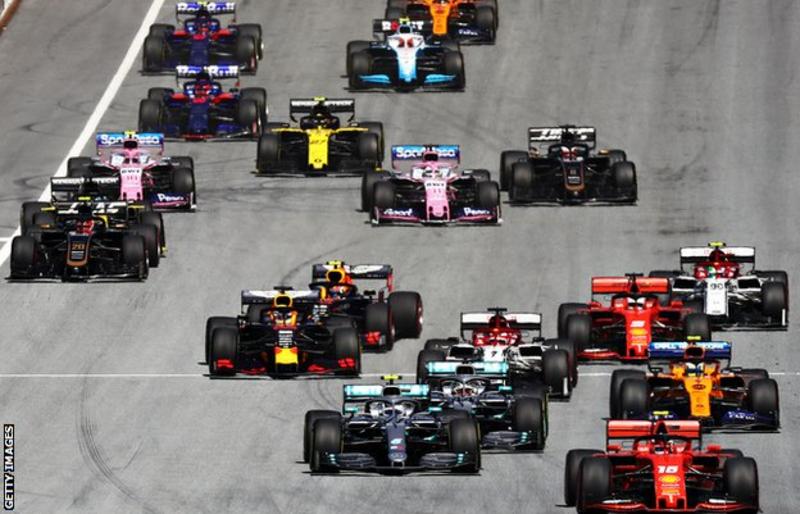 F1 bosses have also proposed that some races run to a new format, with the grid for the main grand prix on Sunday decided by a shorter race on Saturday.

But this plan looks unlikely to happen because of opposition from Mercedes – any change to the rules after the start of a year in which a championship takes place requires the unanimous approval of teams.

McLaren boss Zak Brown told BBC Radio 4’s Today programme: “It would certainly add some jeopardy and some excitement to the sport so I personally would be a fan of experimenting because we might find we go, you know what, this is actually a pretty good idea, let’s pull this forward into future use.”

But Mercedes F1 boss Toto Wolff has told other senior figures at meetings to discuss the idea that he has two major objections the plan: it will not succeed in improving the racing; and F1 is not broken so does not require gimmicks to ‘fix’ it.

The plan would be to try the sprint races at events where there are races on consecutive weekends, such as in Austria and Britain, to avoid the risk of the second one falling into the same pattern as the first.

Mercedes’ objections are based on their belief that a reverse-grid race would simply lead to the cars from the top three teams running together as they carved through the field before becoming stuck in so-called ‘DRS trains’.

This is where a series of cars of similar performance run in close proximity but are unable to pass because all have the benefit of the DRS overtaking aid so it is negated.

They also believe it tips the result of the championship too far towards luck because the penalties of being involved in any incident in the ‘sprint’ race are magnified by also impacting on the driver’s chances in the main grand prix.

And they point to the fact that many of the races last year were exciting – especially those at the Red Bull Ring and Silverstone, for which the new format is being proposed.

Wolff has underlined to fellow bosses that he will not support the idea.

Brown said: “There are a variety of things we could try this year. You kind of have licence to do it differently because obviously going back to the same track twice in my memory has never happened in a season and if we end up doing this two times, mixing it up is a good idea.

He added that he “understood” Mercedes’ objections, saying: “They probably have the most to lose, if you like. It is pretty clear they still have the best car on the grid and so will probably be on pole position more often than not. So I understand from their point of view they are probably risking that pole position.”