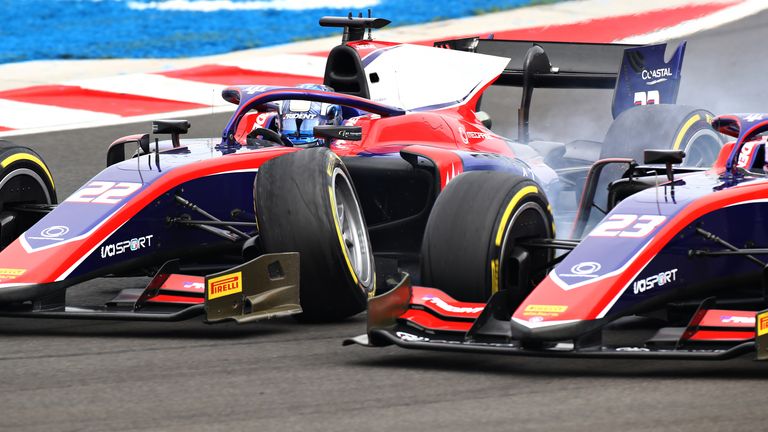 In a necessary cost-cutting move, both junior series will each run three instead of two races over a Grand Prix weekend from next season and feature at fewer F1 events as a result.

F2 and F3 will also run on different F1 weekends for the first time instead of at the same race.

The current F2 season consists of 12 two-race rounds, giving a total of 24 races. There will be the same number of races next year but with three races per weekend instead at eight events.

🔹 Three races per weekend
🔹 Eight rounds in 2021
🔹 F2 and F3 to be on separate weekends#RoadToF1 pic.twitter.com/cwLUD50H9I

F3’s 2021 calendar will feature seven rounds and 21 races, three more than this season and the most in the former GP3 championship’s history.

In further steps to reduce budgets, there will be no new F2 car until 2024, with F3’s specs to also stay the same for next season and “likely” into the following seasons too.

Engine-lease fees for teams will also be reduced, as will the cost of some spare parts and freight. While this year’s F3 season has already concluded, with Australia’s Oscar Piastri crowned champion, two rounds and four races remain in F2 across a double-header in Bahrain starting on November 27-29.

Mick Schumacher leads Britain’s Callum Ilott by 22 points at the top of the standings. But, with a maximum of 96 points left up for grabs over the final four races, a host more drivers below the top two remain also in mathematical contention for the crown.

Schumacher, the son of seven-time F1 champion Michael, is expected to graduate to the top level next season with Haas.