George Russell has explained why he doesn’t want to force his way to the very top by just copying Mercedes team-mate Lewis Hamilton. Instead, the 24-year-old is looking up to Roger Federer, Rafael Nadal and Novak Djokovic, who have dominated tennis for the past two decades.

Russell has accumulated 19 more points than Hamilton so far in his first season with Mercedes. He has picked up some nice tips from the 37-year-old which will no doubt help him for many years to come.

But the younger man is looking to carve his own path in the sport, which he hopes will take him to the very top.

“You’ve got probably the three greatest tennis players of all time, with three totally different approaches to their game,” Russell told the Beyond the Grid podcast.

“I think to be the best, or to at least be the best version of yourself, you shouldn’t go out there and copy what the best has done. He’s the best because he’s got the best out of himself and whatever he does works for him. 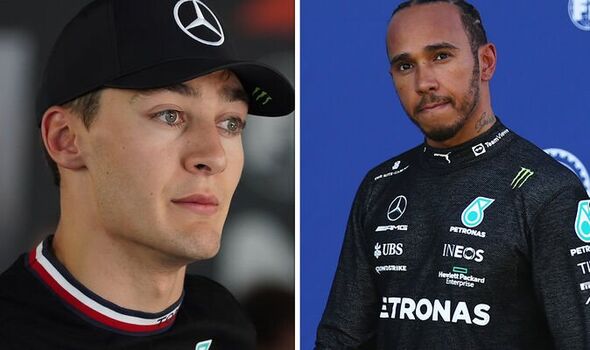 “Obviously in the world of motorsport there’s only Lewis for now, but that analogy made me think, ‘You just need to do what’s right for you’, as those three greats in tennis have done.”

Federer’s first big break onto the tennis scene came at Wimbledon in 2003, where he won the title. Nadal, who is four years younger, arrived shortly after but made a name for himself in a completely different way.

Federer is known for his elegant one-handed backhand and the graciousness in which he glides across the court.

Nadal has different characteristics and approaches to matches, his physical and mental strength being right at the top. 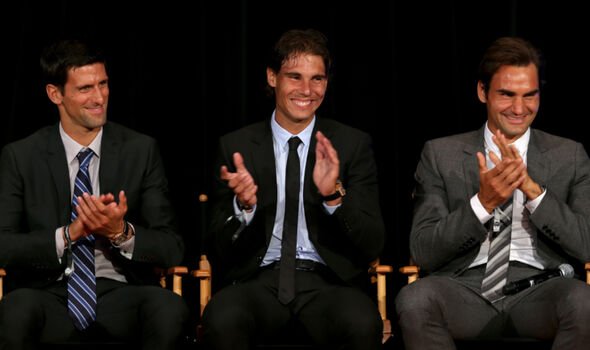 A few years later Djokovic arrived and tried to make a name for himself in the shadows of his Swiss and Spanish rivals – and he did so by becoming the best returner the sport has ever seen.

The trio each have over 20 Grand Slam titles and have dominated for over two decades.

Russell hopes he can copy the Big Three by taking a different approach to Hamilton while collecting the same results.