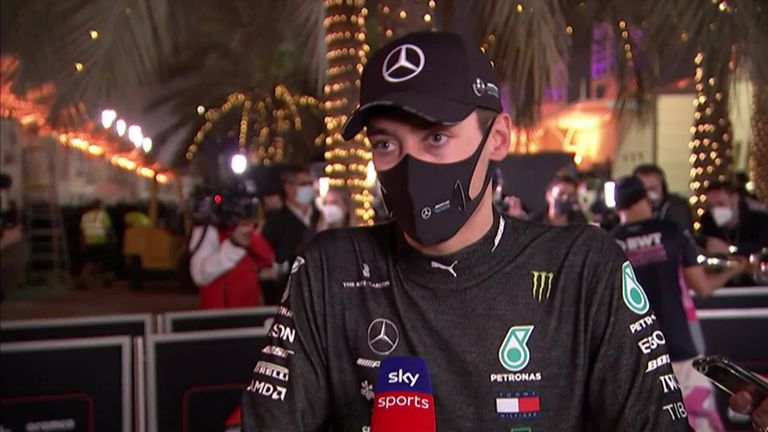 George Russell admitted he was “absolutely gutted” after an incredible – yet heartbreaking – Mercedes debut at the Sakhir GP finished without a deserved maiden Formula 1 win, one that was “taken away twice” from Lewis Hamilton’s stand-in in dramatic circumstances.

Mercedes, meanwhile, praised the British youngster and have revealed that the “colossal” pit-stop error – the first of two huge tyre blows to Russell’s chances as Sergio Perez won a thriller in Bahrain – was caused by “radio failure”.

It was a chaotic evening on Sunday, one that appeared destined to end in a remarkable win for Russell – drafted in as Hamilton’s temporary replacement from Williams earlier this week – as he dominated the opening stages after overtaking experienced team-mate Valtteri Bottas on the first lap.

A Safety Car led to Mercedes, with such a healthy lead, pitting both their drivers, but Russell was sent away with a mixed set of tyres – illegal in F1 – as Bottas’ were incorrectly fitted to his car, leading to another stop on the next lap. 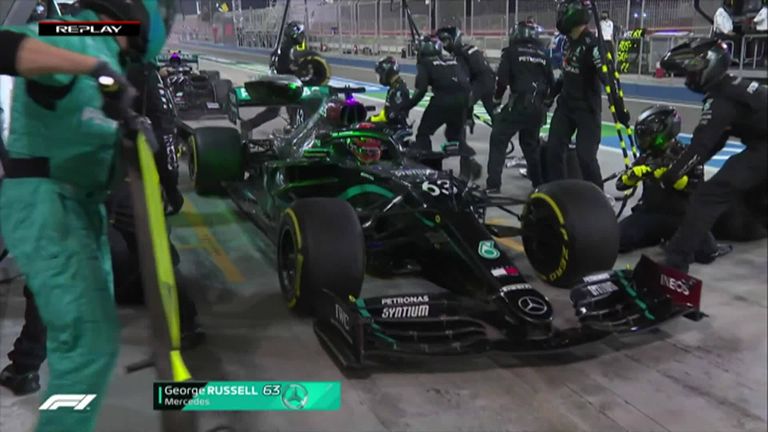 That dropped Russell down to fifth after the restart, but he still battled back to second and was just two seconds off Perez, gaining rapidly, before a puncture forced him into another stop. He eventually finished ninth.

“Guys. I don’t know what to say,” Russell said on team radio. “That was taken away from us twice. Honestly. It’s been a pleasure and I’ve loved it and honestly, I’m gutted. I’m absolutely gutted.” 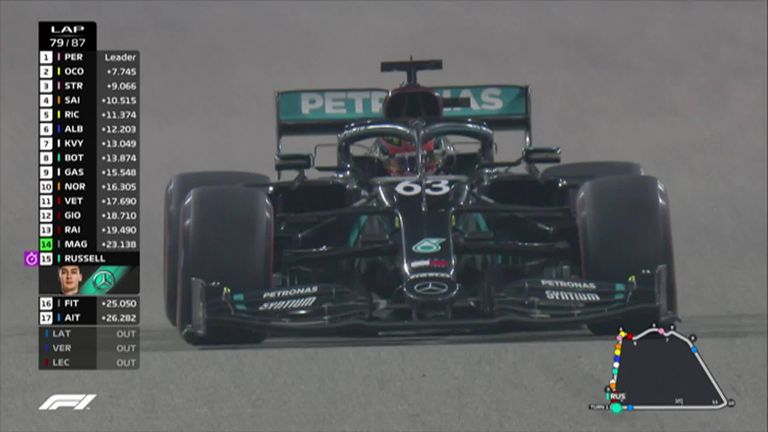 The 22-year-old then added to Sky F1 in the media pen: “I can’t really put it into words to be honest. Jumping out of the car… it wasn’t a nice feeling.

“I’ve had races where I’ve had victories taken away from me, but twice? I just couldn’t believe it.

“I gave it everything I had. I was managing the race at the start, I felt confident, comfortable, managing the gap to Valtteri. Then obviously we had the muddle up in the pit-stop, that put us on the back foot, I had to overtake.

“I think we still could have caught Sergio, we had such a tyre advantage, the car was so quick. Gutted.”

How have F1 teams in the past responded to new regulations?