Haas driver Nikita Mazepin was ruled out of Sunday’s Formula One finale in Abu Dhabi after testing positive for Covid-19.

A statement issued via the team’s official Twitter account said: ‘Due to a positive COVID-19 test result, @nikita-mazepin will not compete in today’s AbuDhabiGP.

‘There will be no replacement driver in accordance with article 31.1 of the 2021 FIA Formula 1 Sporting Regulations, which prohibits any driver from starting the race who has not taken part in at least one practice session.’ 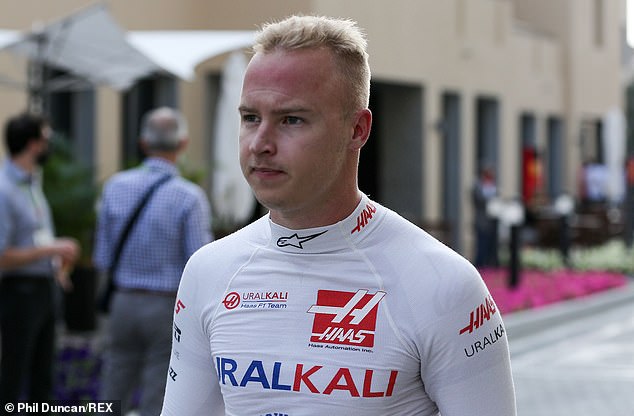 Mazepin is at the bottom of the World Drivers’ Championship standings having failed to secure any points.

With Mazepin unavailable, Mick Schumacher will be the only Haas driver on the grid in Abu Dhabi.

The main focus on Sunday will be the battle for glory between Max Verstappen and Lewis Hamilton.

Verstappen and Hamilton are both on 369.5 points going into the final  race. Verstappen will start on pole.

Sitting side by side after qualifying, Hamilton and Verstappen were asked to put this see-sawing, 22-race contest into perspective. Even in the white heat of battle they know they are starring in one of sport’s epics. 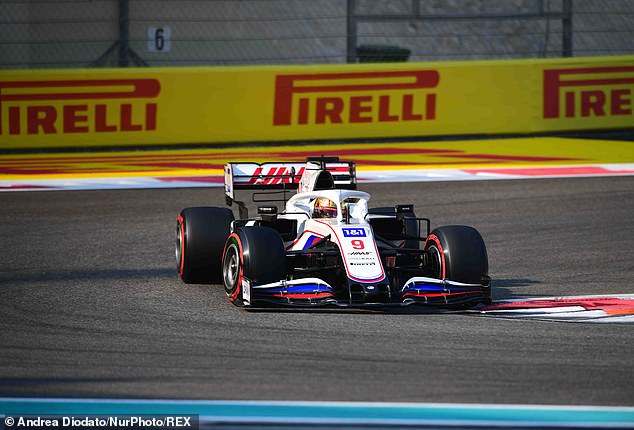 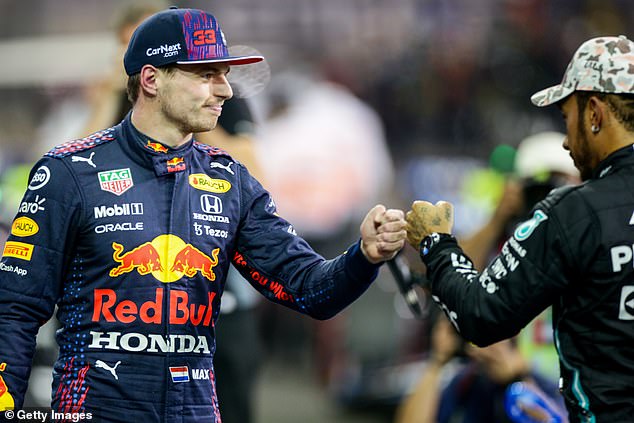 ‘At times we have pushed each other to the limit,’ said Verstappen. ‘In 10 or 20 years we will be able to look back and say that we were part of something special.’

‘Well said, man,’ Hamilton concurred in a rare moment of warmth between the two alpha males. ‘I’m grateful for such a close fight with Max and his team. We have grown stronger in ways we didn’t know we could.’

The last time Hamilton took part in a final race decider was in Abu Dhabi five years ago, when Nico Rosberg held on to his championship lead before promptly retiring, knowing that he would never again be able to steel himself to beat such a relentless competitor as his erstwhile karting pal.

‘I feel a million times better than I did then,’ said Hamilton, 36. ‘I was facing different resistances in life. Now I am much better and happier. I am definitely a better driver and team-mate.’