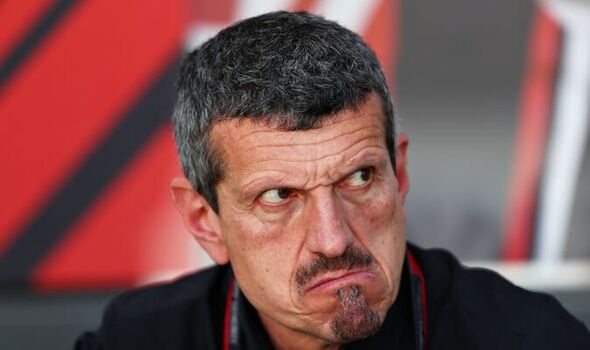 Haas are set to experience more disruption to their pre-season preparations after a transport issue left their cars stranded at a UK airport. All their equipment was due to be flown to Bahrain for the final round of testing ahead of the 2022 campaign, but a logistical issue has thrown all the team’s plans into turmoil.

Testing begins in Sakhir on Thursday, and so all 10 teams are currently in the process of moving all their equipment and staff to the track.

With that in mind, Haas had chartered a plane to pick up their cars and other equipment and take them to Bahrain.

But that plane broke down in Istanbul – leaving it unable to pick up the cargo from Doncaster Airport.

A backup plan is under way, with the cars and equipment now set to be taken to Leipzig in Germany, where they will be collected by a second plane to make the rest of the journey.

However, team boss Guenther Steiner has admitted that it is likely the delay will mean the team will miss the first day of testing.

“We may have to write off the first test day. All the other teams have a two-day lead in preparation over us,” he said.

With only three days of testing scheduled ahead of the season-opening race at the same track on March 20, track time is precious.

Teams will try to put in every lap they can in a bid to better understand their new cars before the competitive action gets under way.

So losing a whole day of testing would be a far-from-ideal outcome for Haas, who are hoping to enjoy a better year than they did in 2021.

This latest setback comes after the team cut ties with its title sponsor and sacked driver Nikita Mazepin over the Russian invasion of Ukraine.

Team owner Gene Haas took the decision to part ways with fertiliser firm Uralkali after intense pressure to do so from F1 fans in the wake of Russia’s military aggression.

The firm’s part-owner Dmitry Mazepin was known to have ties to Russian president Vladimir Putin, who ordered the invasion.

“There was a lot of intense criticism about the Ukrainian invasion and it was just getting overwhelming,” Haas told the Associated Press.

With the deal ripped up, the money paying for Nikita Mazepin’s seat disappeared – and the Russian racer was promptly dropped by the team.

A permanent replacement is yet to be announced, but Haas went on to confirm that reserve driver Pietro Fittipaldi will take his place for testing while other options are explored.

“We’re in the process of looking at several candidates, we’ll see who is available and what we have to deal with, but we’ll have somebody by Wednesday,” he said.

“Pietro will definitely be in it, that’s what he’s for, he’s the test driver.

“I think we’re looking. I think we’d obviously like to get someone with a bit more actual experience. We just have to see what’s available.”