Helmut Marko has admitted Ferrari’s win “came as a surprise” in Austria as the Red Bull boss appeared to admit fears over the Scuderia’s pace. Charles Leclerc had a sizeable advantage over Max Verstappen on Sunday with the Monegasque able to pass him on track three times.

Leclerc’s dominance in Spielberg comes after a string of success for Red (double space) Bull which has allowed Verstappen to open up a commanding championship lead. Marko has blamed tyre degradation issues as the reason behind the sudden drop of pace.

Although the Red Bull chief admits the team are “not worried”, it is clear Leclerc’s win has troubled him. He said the wear and pace “were astonishing” which has left the team with a lot to work out ahead of the French Grand Prix.

He said: “[Leclerc’s win] came as a surprise. We had severe tyre degradation that we cannot explain.

“Our pace and the wear on the last set of tyres were all the more astonishing. 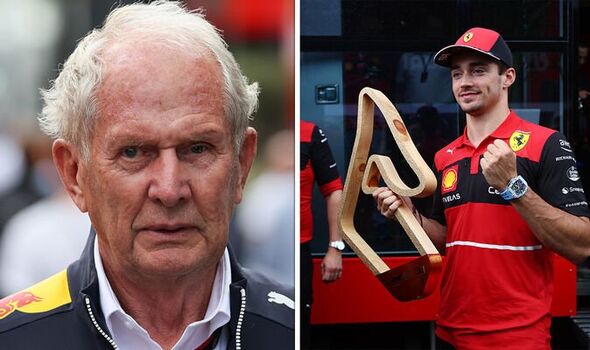 “I hope we can work that out but we limited the damage at least. Ferrari and we are at more or less the same level all year round. It’s about the little things. So we’re not worried. It’s not like we’re suddenly losing the championship here.”

Verstappen also raised concerns over Ferrari’s pace after finishing second on Sunday afternoon. He admitted he “didn’t expect” Leclerc and Carlos Sainz to be so strong while also revealing Red Bull were struggling with tyre issues throughout.

He explained: “We were just a bit too slow today, we were doing the best we could with the strategy but the Ferraris were extremely fast. Of course, we need to understand why we had so much degradation with the tyres.

“I’m not sure exactly what happened, no matter which compound we used none of them seemed to work well.” 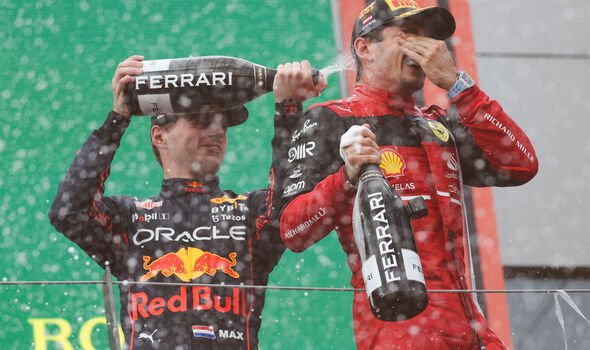 Despite missing out on victory, Verstappen still enjoys a commanding 38-point lead in the drivers’ championship. However, Red Bull team principal Christian Horner admitted the team understood things could still change within the blink of an eye.

He added: “We’ll do everything we can to bounce back in France, we’re still ahead but we know how quickly things can change and we need to keep pushing.”