Lewis Hamilton will go down in history as one of F1’s greatest ever drivers and that’s no less than the late Sir Stirling Moss expected of his fellow Brit. Hamilton got his hands on a sixth World Drivers’ Championship last year as he extended his reign as the king at the pinnacle of motorsport.

The 35-year-old has now won five of the past six titles on offer and if he secures another this year will match the all-time record haul of the legendary Michael Schumacher.

Hamilton’s achievements have surprised many, even if his quality has shone through ever since he burst onto the F1 scene in 2007.

One man who knew what his countryman could do, though, was Moss, who sadly passed away last weekend following a long illness.

Speaking in the midst of Hamilton’s 2014 title battle with then Mercedes team-mate Nico Rosberg, Moss predicted the former was destined for greatness. 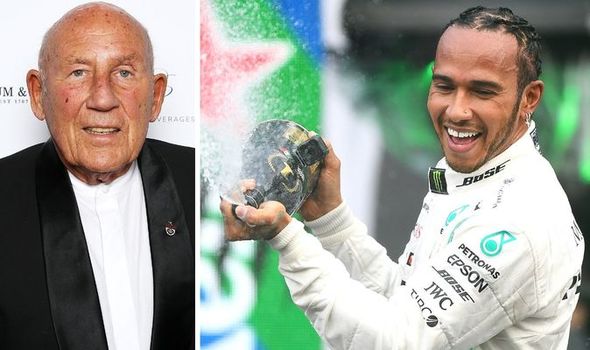 “I can’t see any reason why he can’t get four or five or six championships,” said Moss, during an appearance on BBC Radio 5 Live.

“He is as good as we’ve got, and we’re very lucky to have him. Hamilton looks to be unassailable, quite frankly. He’s up with Jimmy Clark, and people like that.

“He is that good. The cars are that reliable these days, therefore one can judge a man by his talent – his enormous talent. He’s exciting to watch.”

Hamilton’s past five titles have come since he made the move from McLaren to Mercedes ahead of the 2013 F1 campaign.

He has played a key role in cementing the Silver Arrows’ status as the dominant force in modern-day F1. 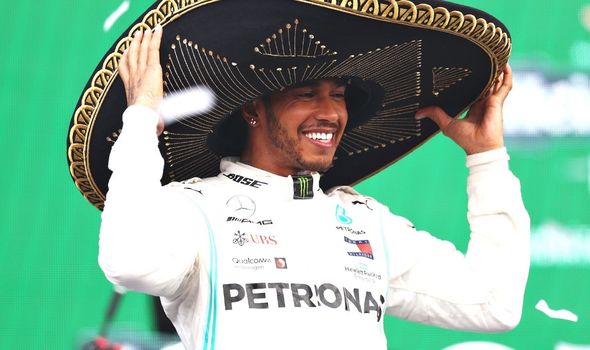 Moss, who missed out on winning the 1958 World Drivers’ Championship by a single point, drove for Mercedes during his own career and is regarded as a motorsport legend.

On Sunday, Hamilton paid tribute to his friend, writing: “Today we say goodbye to Sir Stirling Moss, the racing legend.

“I think it’s important that we celebrate his incredible life and the great man he was. Saying goodbye is never easy and can be sad but he will always be here, in our memories and will always be such a huge part of British Motorsports Heritage.

“I certainly will miss our conversations. To be honest, it was such a unusual pairing, our friendship. Two people from massively different times and backgrounds but we clicked and ultimately found that the love for racing we both shared made us comrades.

“I am truly grateful to have had these special moments with him. Sending my prayers and thoughts to his family. May he rest in peace.”

‘I didn’t say I was dying’: Lewis Hamilton hits back at Red Bull chief over injury claim