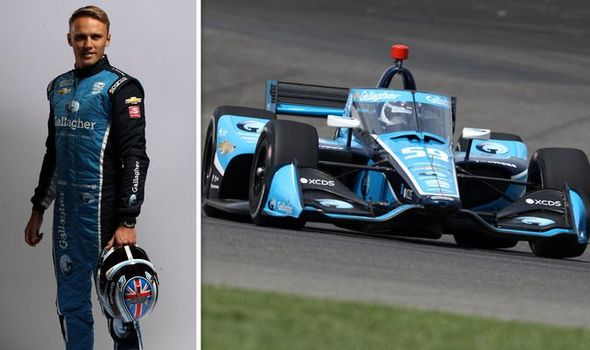 British driver Max Chilton says the Indy 500 is an “odd place” this year without the fans. The 104th running of the Indianapolis race is being held behind closed doors amid the coronavirus pandemic.

The event usually attracts upwards of 250,000 fans each year and boasts a boisterous atmosphere.

However, the only roaring likely to be heard time around will come from the drivers’ engines.

But Chilton, who qualified 30th for Sunday’s showpeice, still expects the quality of racing to be high.

Speaking exclusively to Express Sport, the 29-year-old said: “It’s an odd place because the fans make this place but the racing is not going to be any different.

“So we’ll still put on a good show. The racing will be exactly the same.” 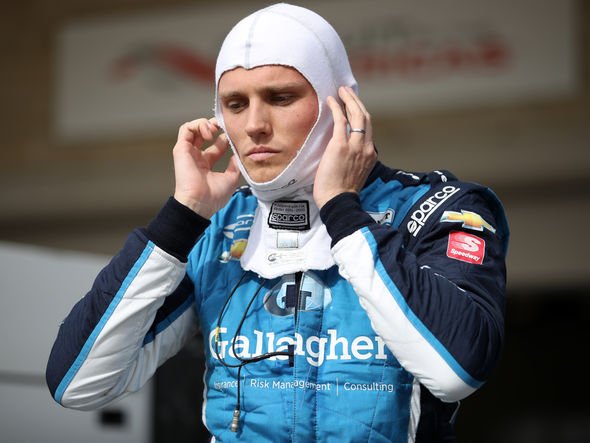 He added: “On race day [usually] it becomes a small city, there’s hundreds and thousands of people so it’s going to be quite eerie.

“It is going to be like we’re all just going out for a practice session but we are there to witness the Indy 500.

“It’s going to be a shock for everyone, even more so for the veterans who have done it fifteen, sixteen plus times. I think this is very odd.”

“I don’t think the racing will be any different this year performance-wise.

“The race starts very early. Usually, it starts at midday and it’s just masses of people around you for the whole build-up of the day. 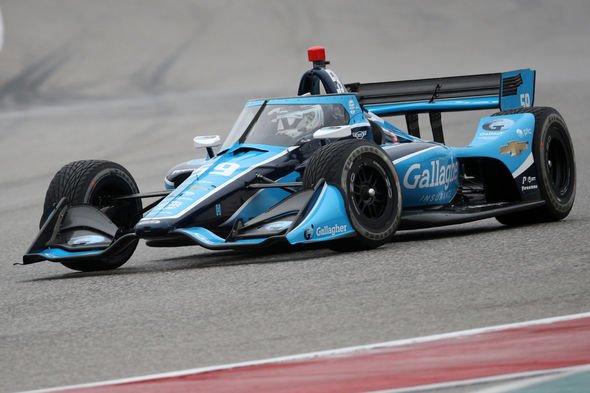 “The walk out, the fly over and the national anthem – it’s just a vast amount of people.

“So having no one here is just going to be slightly odd. But hopefully we put on a good show.”

Chilton will be sporting a brand new helmet this year which has already gained plenty of attention due to it’s resemblance to the Borg-Warner Trophy.

He explains: “It was actually a creation which was done last year by my long term helmet painter, Jason Fowler.

“He’s done my helmets for over 15 years and every time we had an Indy 500, I’ve always given a free reign and said, ‘do what you want’.

“With an artist – my wife’s an artist – you’re always better off letting them do what they want and so he just comes up with these crazy ideas and it’s amazing.

“He’s done some pretty cool ones before. But this one, I think because it’s got the Borg-Warner on, the Americans have found it really respectful and absolutely fallen in love with it.

“So it’s an amazing piece of art and hopefully I can do it justice.

“I think the [Indianapolis Motor Speedway] want it in their museum after the race, but hopefully it can win the race and then it can sit on top of the wall.”

Indycar has been steadily growing in popularity in the UK in recent years.

The 2019 race, which was shown on Sky Sports, saw record audience figures.

“It’s definitely growing,” said Chilton. “I think people realise that the racing on offer is usually quite entertaining.

“There’s a lot more overtaking going on than in Formula 1 so people are slowly transitioning.

“It’s also becoming more accessible with online apps and Sky Sports F1 now show it so it’s so easy for people to be able to watch it.

“When I was coming through the ranks, you couldn’t watch the Indy 500 in the UK so it’s getting more and more open.

“It’s pretty exciting and hopefully there’ll be lots of Brits cheering me on. Me and Jack Harvey, I think are the two Brits in this race so it would be good to put on a good show.”