Jenson Button believes some of his fellow competitors in The Race Legends Trophy might have deployed a sneaky tactic to set themselves up better for Saturday evening’s reverse grid race. The 2009 F1 champion took to former IndyCar track NOLA in his Brabham BT44B against a whole host of motorsport heroes.

It was far from easy for Button, however, and despite qualifying in fifth he admits he struggled to get to grips with the rFactor 2 esports platform.

“Trying to work out all the systems was the biggest issue for me,” said Button. “With qualifying I didn’t get out until late because I didn’t understand it was time to go, so that didn’t help.

“And then the same for the start of the race as well. I turned it on to the startline just as the lights went out, so I got a really bad start.

“It was really good fun. These cars are tough to drive. And [Emanuele] Pirro gave me a little tap in Turn One which turned me round, I think it won on Lap Two. Exciting from the back, but it was good fun and it’s a good experience. Hopefully the second race will be a little better.” 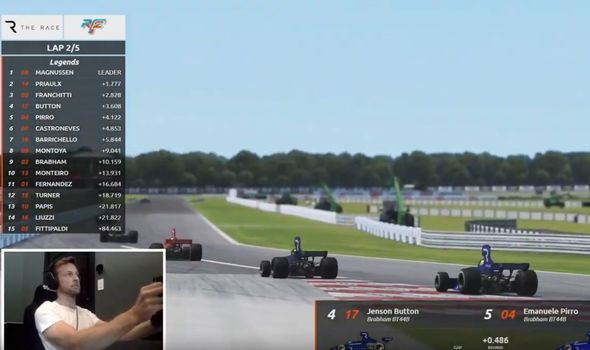 Button ultimately finished the five-lap race in ninth after slaloming his way through the chasing pack in a race won by Danish racing legend Jan Magnussen.

That finish will see him start Saturday’s second Legends Trophy race seventh on the grid, ahead of the likes of Juan Pablo Montoya and Rubens Barrichello.

Button believes, however, that he would have potentially been in an even better starting position had it not been for some of his rivals sneakily slowing down to start higher up the reverse grid.

“I did feel that a couple of the people in that race, on the last lap because they weren’t doing well, might have slowed down a little bit so they could get a good grid [position] for the second race,” Button said.

How Max Verstappen pulled out of All-Star Esports Battle 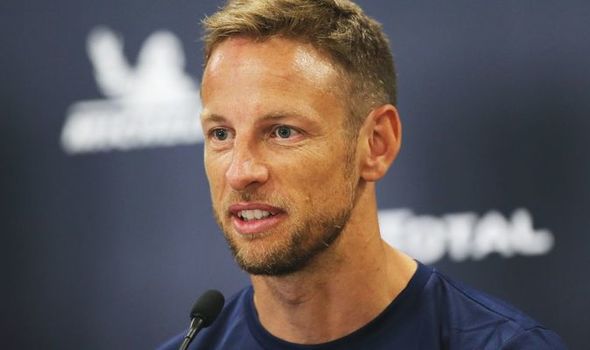 “I just thought I was really fast and overtaking everyone but I think that’s what happened.”

The Legends Trophy has emerged as an alternative source of entertaiment for motorsport fans with worldwide events cancelled due to the ongoing coronavirus pandemic.

The start of the 2020 F1 campaign has been pushed back until at least June after the first eight Grands Prix were called off.

The meets in Australia, China and Monaco have been cancelled, while trips to Bahrain, Vietnam, Holland, Spain and Azerbaijan have been postponed and await rescheduling.

Miami F1 MAPPED: Where the brand new Grand Prix could be won or lost