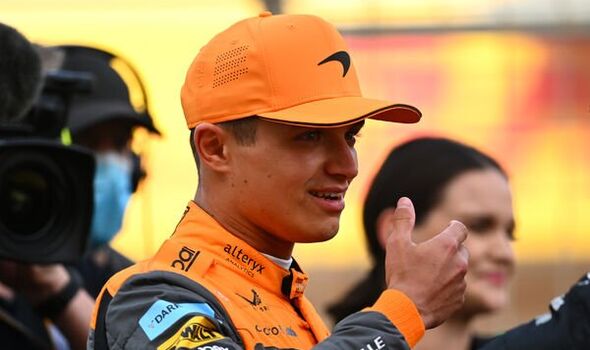 Lando Norris made a blunt admission over McLaren’s current pace after a disappointing weekend at the Bahrain Grand Prix. The British team had high hopes in the build-up to the season opener, performing impressively in the first round of pre-season testing in Barcelona last month.

However, they seemed to struggle in the second round of testing in the Middle East, and sure enough, endured a tough time as a new era of F1 got underway, as neither Norris or Daniel Ricciardo came away with any points. The pair had started the race 13th and 18th on the grid respectively.

And despite retirements to drivers ahead of them, including the Red Bull pair of world champion Max Verstappen and Sergio Perez, neither could force their way into the top 10. Indeed, Norris eventually crossed the line 15th, one place behind his Australian teammate.

Prior to the campaign, Norris seemingly made a statement of intent by signing a new deal with McLaren, committing his future to the team until the end of 2025. After doing so, he talked up his chances of mounting a title challenge with the team.

However, ahead of the next Grand Prix in Saudi Arabia this weekend, Norris admitted that the prospect of challenging the likes of Red Bull and Mercedes, and following their early season heroics Ferrari, was currently unrealistic. “We’re a long, long way off – not just a little bit, we’re a long way,” he told reporters afterwards.

Admittedly, McLaren weren’t the only ones to have teething problems, as teams battle to adapt their cars to the new technical regulations that have been introduced into the sport. Mercedes themselves have been below par, although Red Bull’s misfortune did allow Lewis Hamilton to secure third place, with George Russell fourth.

Norris also conceded there would be no quick fix available. “I’m just trying to find solutions, and solutions doesn’t mean next week we’re going to be amazing,” he added.

“But in months to come we need to understand what’s going on here and how to get better.” It was Ferrari who proved the major winners in Bahrain, with Charles Leclerc taking the chequered flag from teammate Carlos Sainz.