Lando Norris has responded to Lewis Hamilton praising him on the radio whilst the seven-time world champion overtook him during the Austrian Grand Prix yesterday. “Such a great driver, Lando” – Hamilton remarked to his team whilst passing the young Brit.

Norris, 21, finished third despite a controversial five-second penalty after being judged to have forced Sergio Perez off at Turn 4.

The decision was met with outrage from the McLaren driver when he was informed of the penalty, shouting down the radio: “For what?!

“It’s his risk to go around the outside. He knows there’s gravel there.”

He rejoined behind Bottas after the stop and managed to gain third when Hamilton’s pace slowed due to car damage.

“Hamilton had a problem but we had the pace to be ahead of Bottas at least, especially in the second stint,” Norris added. “Would have liked to be second and not third again, just cementing myself a bit more, so just a bit annoyed about that.” 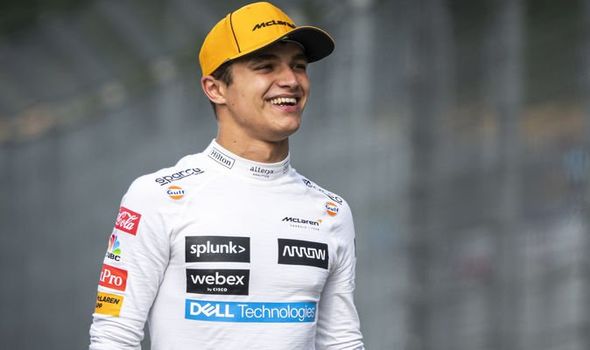 Mercedes revealed Hamilton lost “around six or seventh tenths” lap time due to his car damage.

The damage to his rear bodywork caused him to miss out on an important podium finish which may hurt his pursuit of Red Bull’s Max Verstappen at the top of the standings.

Yet despite Hamilton’s frustrations he still found time to laud his younger compatriot during the race.

After hearing the gesture Norris said: “Love you Lewis. It’s cool. To have that kind of respect, for him to say that, it does mean a lot.

“I don’t know if he could say that because he admitted he wasn’t going to race with us, he had the problem or whatever.

“Maybe if we were racing fair and square, he maybe wouldn’t have said it but it’s kind words so I appreciate it!”

Hamilton now sits 32 points adrift of Verstappen, who took the lead after the Monaco Grand Prix.

Plagued by car troubles recently, Hamilton has found this season his most difficult for a while, and an eighth world title this year seems an unlikely challenge to now mount. 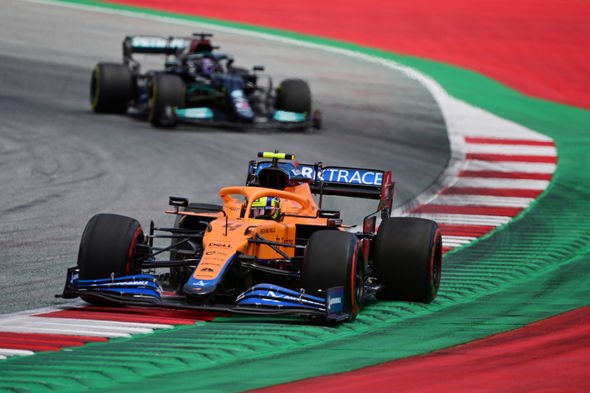 Silverstone looms next Sunday, and both Hamilton and Norris will be looking to put on a show for the home crowd.

The respect between the two is evident.

“Would I have said that Lewis is a good driver? I think enough people know! He’s pretty alright isn’t he?” quipped Norris.