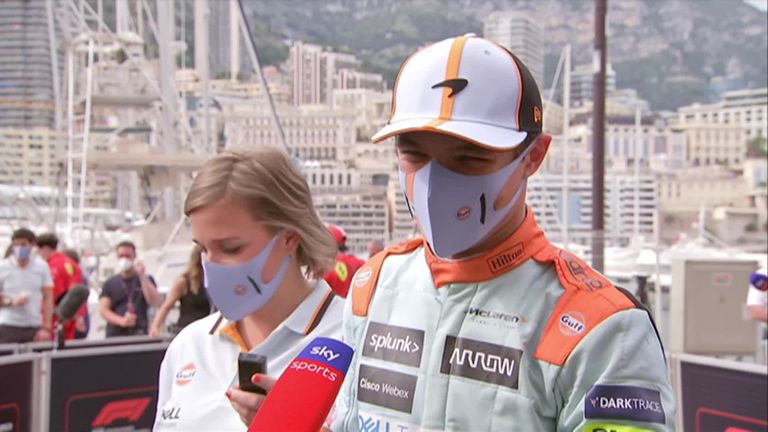 Lando Norris described his Monaco GP podium as “incredible”, a “dream” and also “stressful” as the in-form young British star moved up to third in the championship with another eye-catching performance in the McLaren.

Norris, who had one podium before 2021, now has two podiums in five races to start the season and moved ahead of Valtteri Bottas in the standings with his third-placed finish around the famous streets of the Principality.

Norris benefitted from Bottas’ stoppage, but still drove quickly and doggedly to hold off the much faster Red Bull of Sergio Perez.

“It’s incredible,” Norris told Sky F1. “It’s a long race, especially with Perez the last few laps, that pressure of seeing him in my mirrors after every corner. It’s stressful.”

Norris, 21, added: “I don’t know what to say, I didn’t think I’d be here today. It’s always a dream to be on the podium here, so it’s extra special. 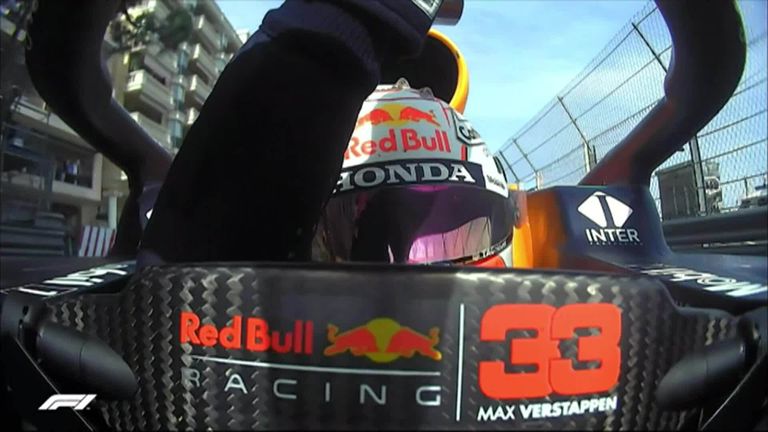 “I didn’t think was gonna happen but a bit of luck, I want to say some good driving and a good car all weekend.”

Norris’ result was all the more impressive considering McLaren expected to struggle in Monaco, while Daniel Ricciardo finished down in 12th and was lapped by his young team-mate.

“We thought it would be one of the toughest weekends we’ve had all season, but it’s turned out into the opposite,” admitted Norris.

Norris also solidified McLaren’s third place in the championship, with the team backing up their strong 2020 with a good start with Mercedes engines this year. He admitted to Sky F1’s Natalie Pinkham that he hopes next season’s rules refresh will bring the iconic team even closer to the front. 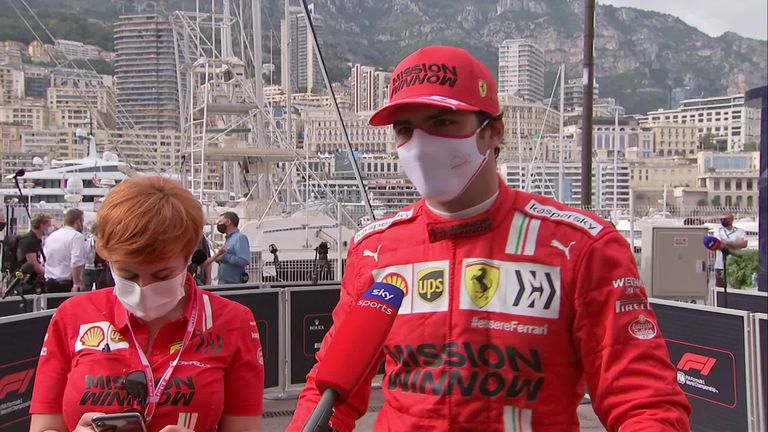 “The championship [this year] is just an added bonus,” said Norris. “Moments like today, Imola… the biggest thing is seeing the team and how happy they are.

“Their hard work paying off, it’s our final year to make the next step and really get on the same foot as Red Bull and Mercedes and Ferrari, and days like today prove that.

“It’s also very motivating for the team – days like yesterday, two tenths off pole – to make that car that little bit better and we can be even stronger. We’ll try and keep it up.”