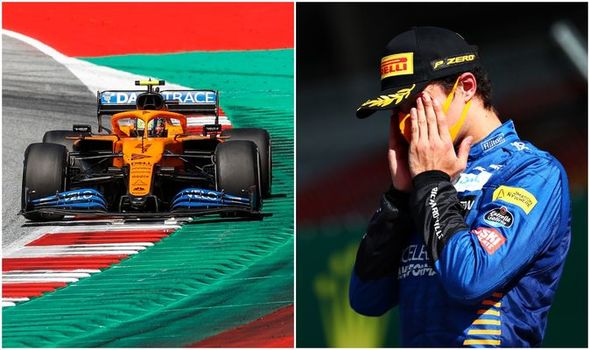 McLaren’s Lando Norris insisted he was “speechless” after he became the third-youngest Formula One podium sitter of all time by clinching third spot in the season-opening Austrian Grand Prix in thrilling fashion on the last lap.

Having qualified in P4, his best ever qualifying performance, Norris translated that into his best ever race across Sunday’s 71 laps.

A five-second penalty for Mercedes’ Lewis Hamilton, who was running in second, after a clash with the Red Bull of Alex Albon offered Norris an opportunity to usurp his countryman.

And in setting the fastest lap of the race on the final lap, Norris pipped Hamilton to third by two tenths of a second.

Aged 20 years and 235 days old, Norris becomes the youngest ever British driver to sit on the podium. 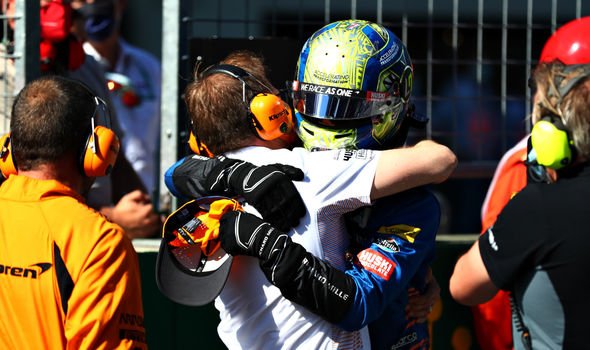 And speaking afterwards, Norris was almost lost for words as he told Jenson Button: “I don’t know, I’m speechless.

“There were a few points in the race where I thought I’d fudged it up quite a bit.

“I was up to fifth with two laps to go, Carlos [Perez] was obviously getting past me but I didn’t give up and I managed to get back past Perez and I ended up on the podium!

“It was a long race but yeah I kept going, kept trying to give it my all. A pretty cool last few laps, they told me to push as much as I can, as you can tell I’m a bit out of breath.”

In 2017, McLaren finished ninth out of 10 teams in the constructors’ championship and managed just one top-six finish.

And Norris added, after Carlos Sainz finished on the podium in Brazil last season: “I’m so happy and so proud of the team.

“Considering where we were a few years ago, from last year to now, I think it’s a pretty cool achievement. I’m proud to be part of it all.

“The last few laps, when I had to get past Checo, I knew he had a five-second penalty but nothing more than that.

“I always seemed to struggle when I was close to the cars ahead, I seemed more vulnerable to the cars behind. 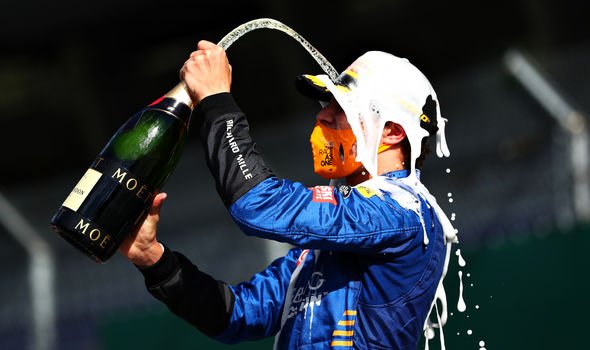 “I knew, not just because of Lewis because I didn’t know at that time, that I had to try get past him and then it was the Lewis penalty that came up so I had to turn it up a little bit and start pushing.

“It’s a lot about rhythm here and I had three really tough laps, locking up, it was going downhill quite quickly but I recovered well I think and I’m here, so I’m very happy.”

And after just one race of 2020, he has already amassed 16 points, with Norris and co. racing in Spielberg again next weekend as part of a Red Bull Ring double header.