Leclerc had led the race but stayed out during a late safety car period when others, including Sainz, pitted for fresh, faster tyres.

The 24-year-old was no match for them after the re-start and finished fourth, losing a great chance to slash the gap to Red Bull’s championship leader Max Verstappen who finished seventh. 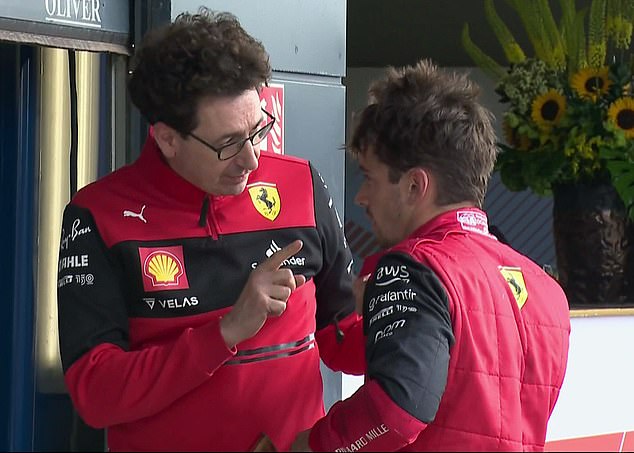 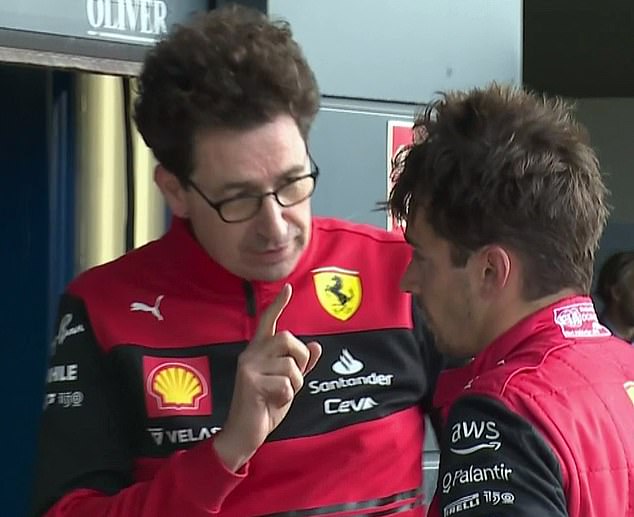 Ferrari team-mate Carlos Sainz won the race but many questioned the tactics deployed by Binotto as Leclerc’s championship chances were damaged.

After the race, Binotto was pictured wagging his finger at Leclerc during a discussion in the paddock as tensions seemed to be high.

And reflecting on that incident, Leclerc has revealed that Binotto was annoyed at the Monegasque racer for being dispirited about his fourth-placed finish.

‘I have already said it, and I know that it can create doubt, but he was actually pissed off at me because I was too down, and so he was trying to cheer me up,’ Leclerc stated.

‘Everybody was wondering why he was putting the finger like this, but I think he was just frustrated to see me so down after such a great race.

‘On the other hand, it’s obviously understandable, he understood my disappointment – leading the race and finishing fourth.’ 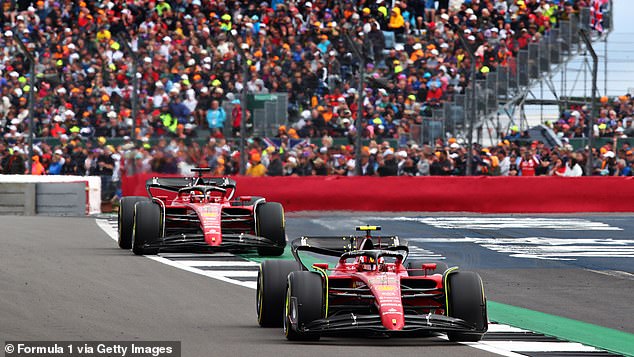 ‘It is a shame to see all of this type of things,’ Leclerc said at the Austrian Grand Prix when asked about the reports.

‘It is definitely not what is happening inside the team. We are a very united team, we’ve always been and it’s not these difficult races that will make it change.

‘Were we disappointed after last weekend? I think we were because we were one-two and we finished one-four so part of the team were disappointed. But this was definitely not the reason whatsoever for not everybody being on the picture.’

Leclerc said the timing was tricky, late in the day, and half of the team who did stay for the picture had missed the plane home. 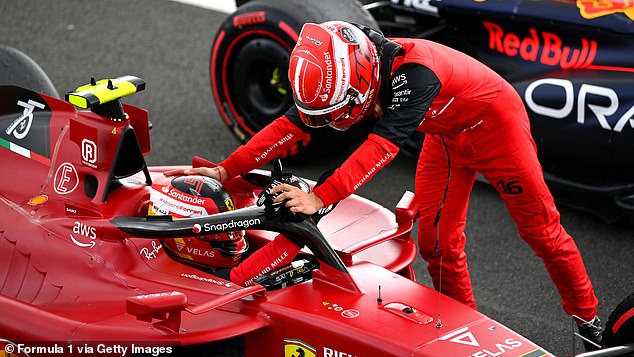 ‘We wanted to do a first picture…but Carlos was not there,’ he said. ‘So we had to delay everything. But there are no hard feelings whatsoever.

‘Everyone was very happy for Carlos, and this is the feeling that there is inside the team.’

Sainz said Leclerc had to attend anti-doping so they could not attend Ferrari’s post-race driver briefing together as usual.

‘One of the strong points we have as team mates and as drivers (is) a team spirit that we have in Ferrari and these things are always under control.’