Should Lewis Hamilton make the surprise move to Aston Martin at the end of his Mercedes contract, Ferrari may just be left red-faced. The rebranded Racing Point team have dropped a major bombshell with part-owner Lawrence Stroll admitting his team are tempted by a move for Hamilton at the end of the season.

“It is definitely tempting,” he told the PA news agency. “Lewis in any car is great, and I am sure everyone would say yes because he is a seven-time world champion.

“But right now, I am extremely focused on getting started this year.”

Stroll is sincere and while there is no immediacy to Aston Martin’s interest, the seed has been planted.

Hamilton has always been clear that he wants to stay with Mercedes, a team that has been his home since 2012. 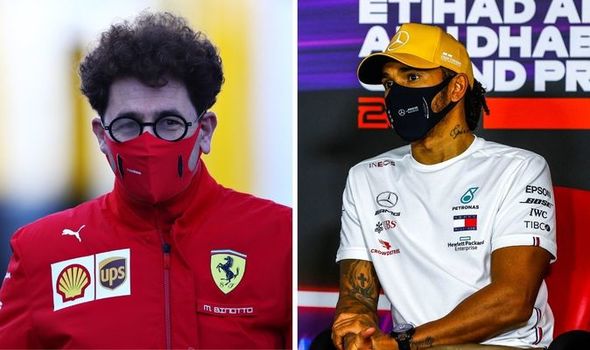 Yet it’s already clear that the Silver Arrows are already mindful of life after the seven-time world champion, with George Russell firmly on their radar after his impressive showing at the Sakhir Grand Prix.

The 36-year-old was forced to take a significant pay cut to extend his stay with Mercedes, who like may have felt the financial constraints of the coronavirus crisis.

There is still every chance that Hamilton could extend his stay beyond next season but should he receive a bumper package that exceeds his current earnings from Aston Martin, there’s every chance he could jump ship for the final chapter of his career.

His experience, qualities and class would be a total game-changer for any of the title hopefuls and this would be the Formula One biggest transfer in recent memory.

It could leave Ferrari eating their words, following their decision not to follow through with a move for Hamilton when they had the chance.

Ferrari boss Mattia Binotto recently made it clear he had no regrets about their decision to snub Hamilton for Carlos Sainz when replacing Sebastien Vettel (now with Aston Martin).

Back in 2019, they held two rounds of talks with Hamilton with the driver later confirming he visited Ferrari’s HQ in Maranello for a sit-down.

Hamilton himself was unsure of making the switch but The Scuderia later made the bold decision to replace Vettel with McLaren’s Sainz. 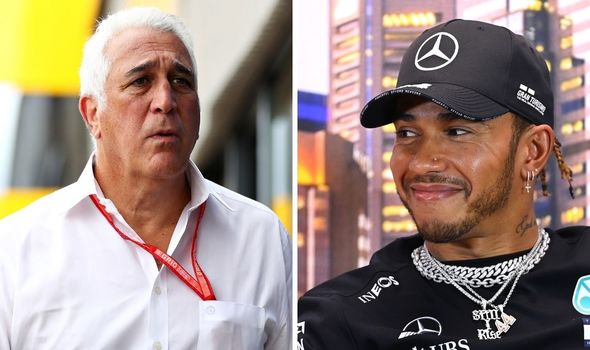 Binotto doubled down on his decision, in a recent interview with Sky Sports: “I don’t think there will be regret because at the end when we took some decisions, we took them thinking they were the right decisions and today we have a fantastic driver like Charles where we invested a lot as Ferrari.

“I think he’s got a lot of talent. If he’s got the right car, I’m pretty sure he can challenge Lewis Hamilton.

“We’ve made our choices, and I think together with Carlos we are very strong. I don’t think there will be any regret.”

There’s a way to go but should Aston Martin follow up their interest in Hamilton and lure him into the switch, it could prove to be a damaging body blow for Ferrari in their pursuit of supremacy.