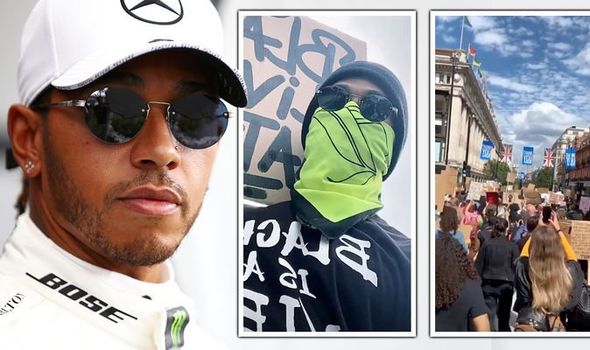 And now he’s called on those who have yet to speak up to start trying to make a difference.

“Speak out to help us bring awareness to the injustices and prejudices that black people and people of colour face on a daily basis, and have been facing for 100s of years.

“We cannot be silent today! We need your voice. We need you to get out of your comfort zone and support us by being ant-racist and letting people know where you stand in this fight.

“Encourage your family, friends and colleagues so we can continue to make change.” 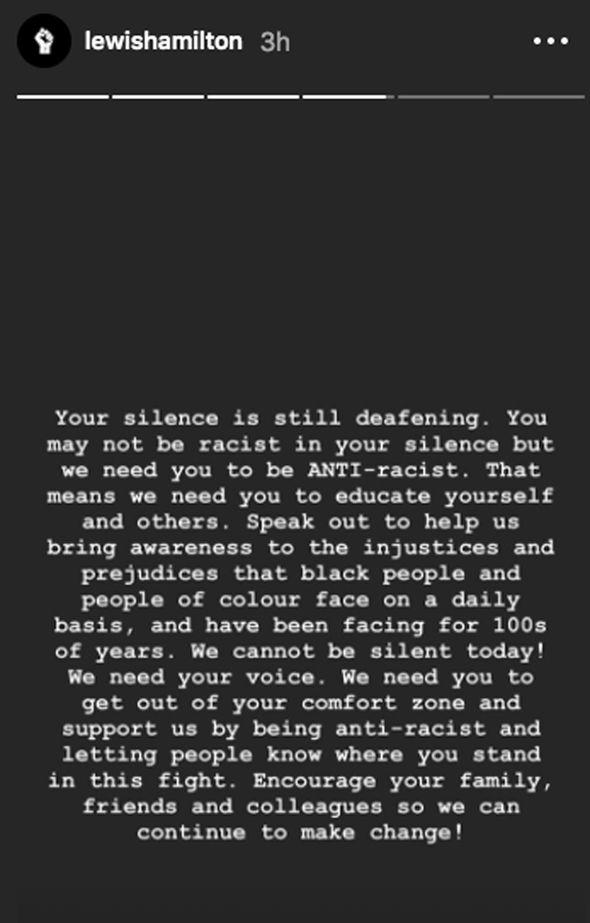 He followed it up with a picture of him at the movement with a BLM banner, and then a video of him walking the streets in protest.

The F1 star is waiting for the start of the 2020 season as he looks to match Michael Schmuacher’s seven F1 titles, although he is likely to have to do it in a shortened season.

The season begins next month in Austria, but much of the schedule is still uncertain due to the coronavirus pandemic.

There will be two races in Austria, one in Hungary and then two in the UK to kick the season off.

Races in Spain, Belgium and Italy will follow but as it stands there are only eight races on the calendar. 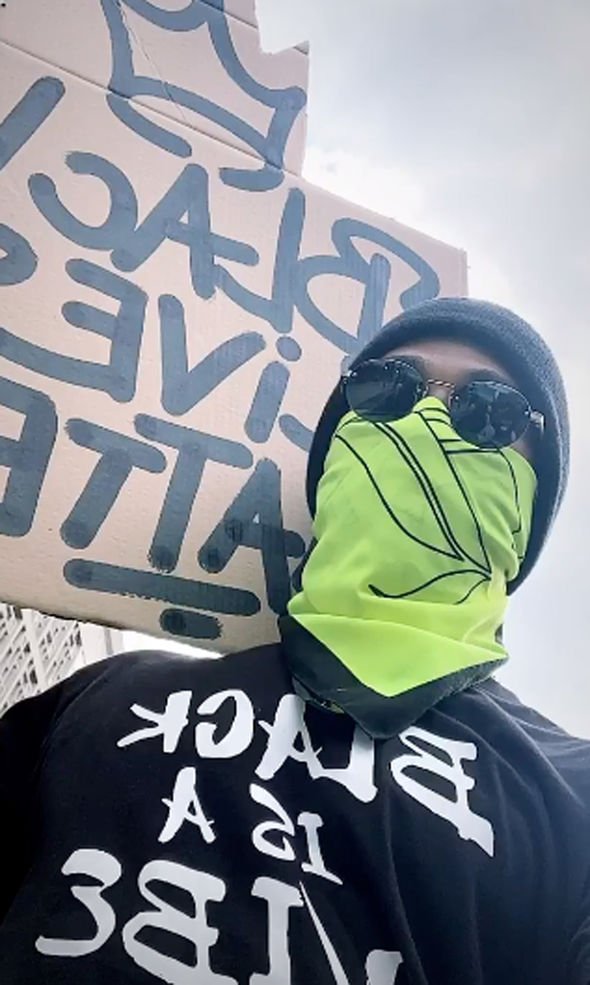 Hamilton has announced he has launched a diversity commission as he looks to improve the lack of diversity in motorsport.

Writing in the Sunday Times he said: “Despite my success in the sport, the institutional barriers that have kept F1 highly exclusive persist.

“It is not enough to point to me, or to a single new black hire, as a meaningful example of progress. Thousands of people are employed across this industry and that group needs to be more representative of society.

“For this reason, I have been working with the Royal Academy of Engineering to create The Hamilton Commission, a research partnership dedicated to exploring how motorsport can be used as a vehicle to engage more young people from black backgrounds with Science, Technology, Engineering and Mathematics (STEM) subjects and, ultimately, employ them on our teams or in other engineering sectors.”