Lewis Hamilton wants his F1 rivals who decided against taking a knee before Sunday’s British Grand Prix to look around and see their compatriots are doing in other sports. Hamilton led an anti-racism demonstration on the starting grid at Silverstone, with most of his fellow drivers joining him making the symbolic gesture.

Sunday’s stand behind the fight for equality was much better organised than the ad hoc displays which preceded the Styrian and Hungarian Grands Prix in July.

And Hamilton praised F1 and the FIA for including time for the demonstration in the official schedule as he urged them to “follow through” with their pledges to drive positive change.

Hamilton opted against slamming the drivers who did not take a knee prior to the British Grand Prix. 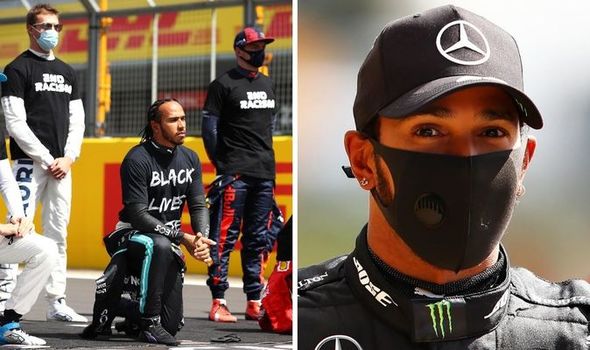 But he effectively called out Sainz and Kvyat respectively by pointing to the actions of Spanish and Russian athletes.

Hamilton also referenced Italian sports teams, among whom Ferrari – the team Leclerc drives for – count themselves.

“I’m not going to tell you what my opinion on whether or not everyone needs to or not,” said Hamilton, as reported by RaceFans.net.

“When the reason for perhaps not doing it is how you think it will feel how would it be perceived in your country, all you have to do is look at the other sports because they are doing it. So I do hope that bit by bit we can come more and more together and more united.” 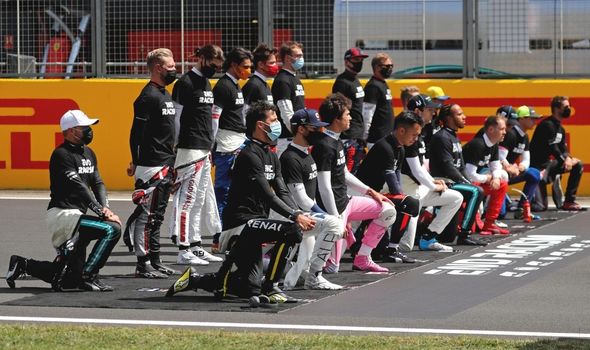 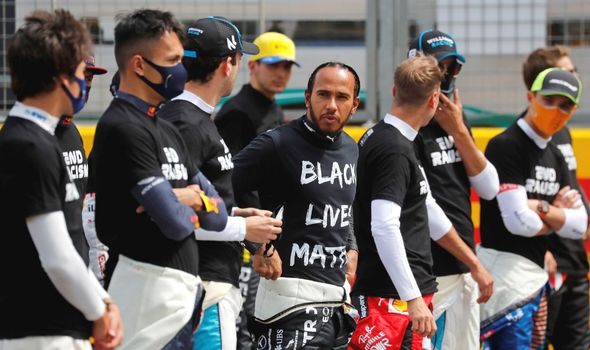 Magnussen’s decision to stand during the demonstration at Silverstone came after he had previously taken a knee.

Hamilton suggested he would speak to the Haas driver as part of the ongoing dialogue around the need for action against racism and discrimination.

“I don’t know why Magnussen hasn’t [taken a knee], I have not spoken to him. But bit by bit I think we’ll just try to improve each other’s understanding.

“The most important thing is the drivers continue to have respect for each other, I think, which we do. Maybe there just needs to be more conversation. I know that Formula 1 hasn’t spoken to any of the drivers and no one else perhaps probably has spoken to them individually.”

Lewis Hamilton dreamed the impossible – debate over his greatness is spurious

What time does the Indy 500 start today? Full schedule & lineup for the 2021 race in Indianapolis