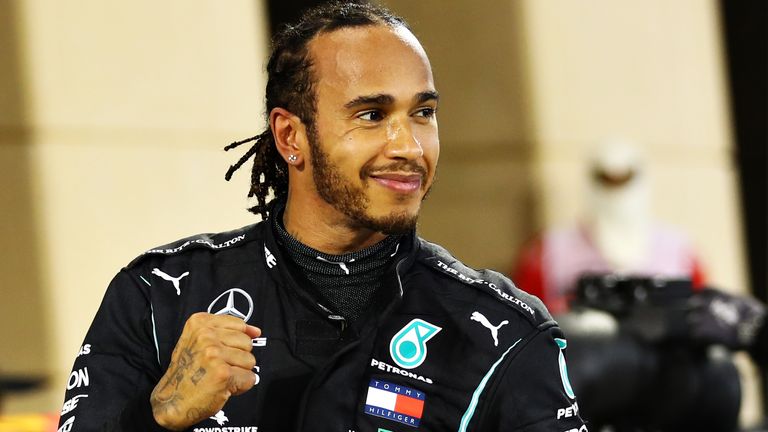 Premier League champions Liverpool were named Team of the Year, and manager Jurgen Klopp was crowned Coach of the Year.

The 23-year-old led a successful campaign to extend the provision of free school meals for vulnerable children during the spring lockdown, and continues to work on projects to tackle child hunger. 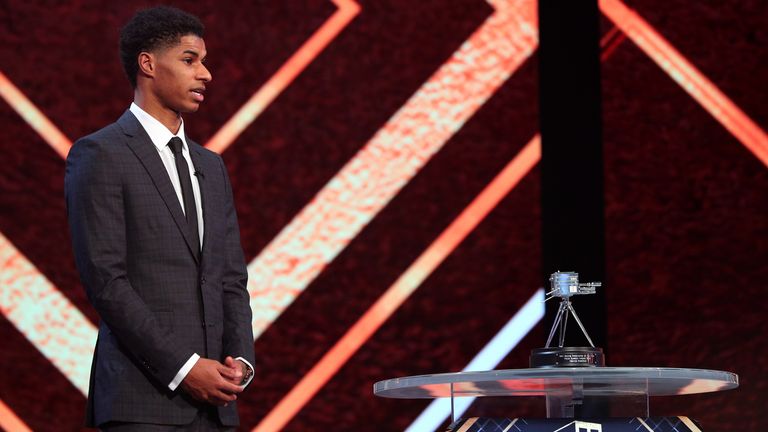 Hamilton claimed his seventh F1 title this year, drawing him level on the all-time championship list with Michael Schumacher. He surpassed the German’s race wins record in October when he won at the Portuguese Grand Prix, his 92nd career success.

The 35-year-old said on receiving his award: “Firstly I want to say congratulations to all the incredible nominees.

“I’m so proud of what they have achieved this year. I want to say thank you to everyone who has called in and voted for me. I really wasn’t expecting this knowing that there were so many great competitors. They’re all winners.

“I really want to send a Merry Christmas to everyone. I know it’s been such an unusual year but all the frontline workers, all the children around the world, please try and stay positive at this difficult time. 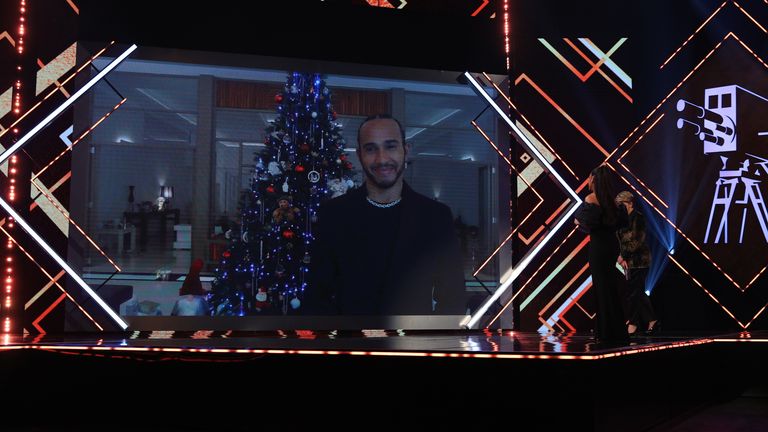 “I’m sending everyone positivity and again, thank you from the bottom of my heart.”

He claimed his 29th professional win – without a single defeat – over Justin Gaethje in October.

Captain Sir Tom Moore was chosen as the winner of the Helen Rollason Award for his phenomenal fundraising efforts during the first lockdown in the spring. Captain Tom, who celebrated his 100th birthday this year, raised £38.9m for the NHS while walking laps of his garden. He was knighted in the summer.

His efforts were an inspiration to the country in a dark period, and to no one more than nine-year-old Tobias Weller, who received the very first Captain Tom Young Unsung Hero of the Year award.

Tobias, who suffers from cerebral palsy, completed the length of a marathon during lockdown with the aid of his walker. Tobias also began a new ‘Tobiathon’ challenge to run the same distance using a race runner. He raised over £150,000 for Sheffield Children’s Hospital and the Pace school.

The Unsung Hero award was given posthumously to Sergeant Matiu Ratana, who was shot dead on police duty earlier this year. Ratana, a keen rugby player and coach, served as a sergeant in the Met for almost 30 years. His award was collected by his partner Su Bushby, in recognition of the voluntary work he did at East Grinstead Rugby Club.

Team of the Year: Liverpool

Coach of the Year: Jurgen Klopp

British Grand Prix will not take place in front of fans, confirms Silverstone